Your esophagus is a crucial part of your gastrointestinal tract and the process of digestion. Commonly called the food pipe, it is an eight-inch long, muscular tube that serves as a conduit between your throat (pharynx) and your stomach. Your awareness of your esophagus probably ends when you swallow, as it seamlessly coordinates your food’s journey to your stomach.

When this tube becomes impaired, this process is disrupted and requires medical intervention. This treatment can be as simple as taking medication, or as intensive as having an operation. 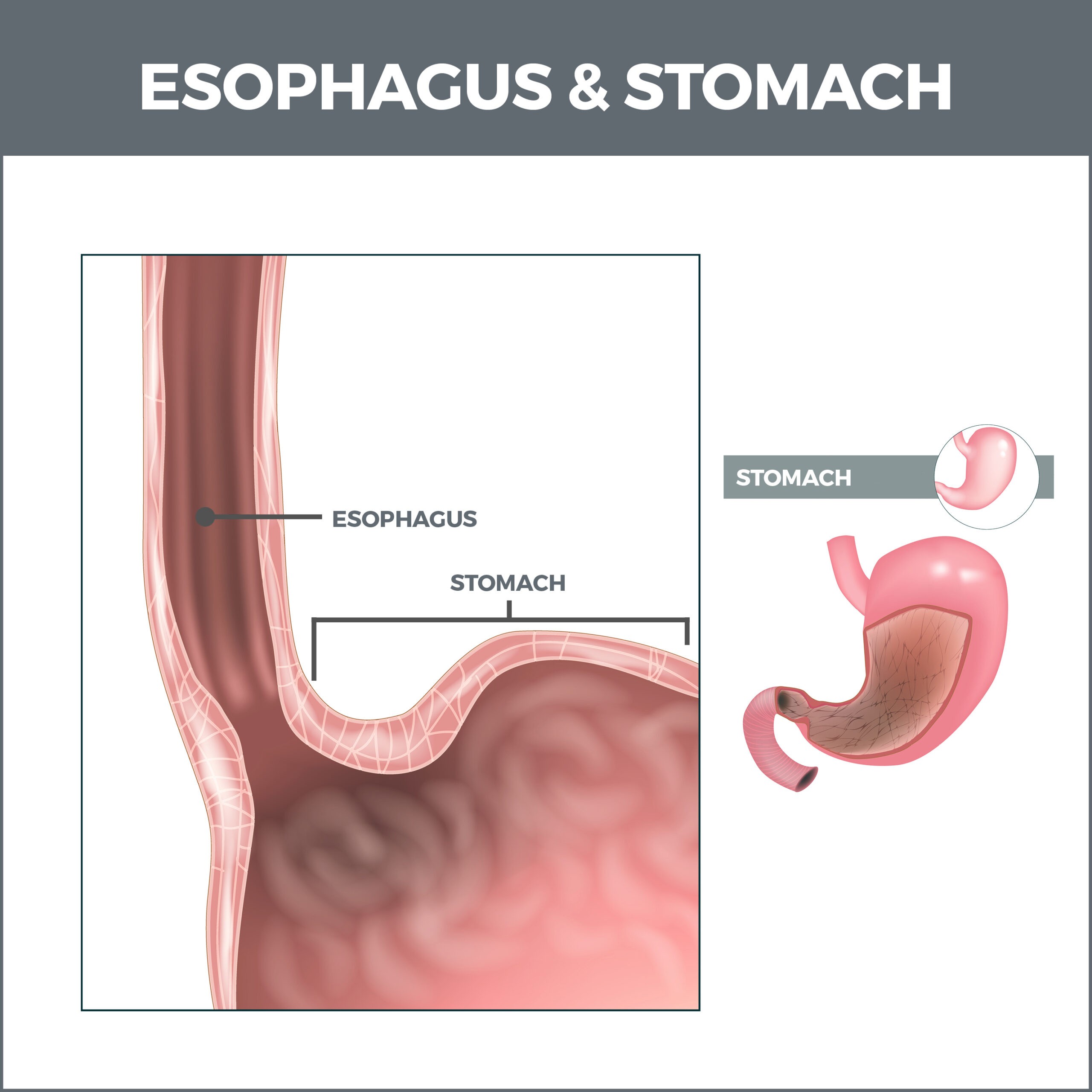 How Does the Esophagus Work?

The esophagus is composed of strong muscles that gradually push and squeeze food into your stomach in a downward rhythm (peristalsis). Glands in the food pipe’s lining generate mucus, which moistens the tube and eases the process of swallowing.

The food pipe is bookended by tightly closed muscles called sphincters. The upper sphincter relaxes when it senses that you’re swallowing, and the lower sphincter opens when food reaches the stomach. When you’re not eating, both sphincters tighten, so food and stomach acid don’t back up into the esophagus.

What Are Some Conditions of the Food Pipe?

These are several of the conditions, their symptoms, and their treatment.

Achalasia (meaning “failure to relax”) is a rare swallowing disorder. It occurs when the sphincter between the food pipe and the stomach malfunctions. Usually, when you swallow, this signals the sphincter to relax so that food and liquids can flow into your stomach. However, achalasia prevents this sphincter from loosening, causing food to become lodged in the food pipe.

The condition is caused by damaged esophagus nerves. Over time, the food pipe becomes paralyzed and dilated as the nerves break down and vanish This impairs the food pipe’s ability to push food into the stomach.

Symptoms of achalasia include:

Although achalasia can’t be cured, there are surgical and non-surgical treatments for the condition that address decreasing the lower esophageal sphincter’s tautness. These include: 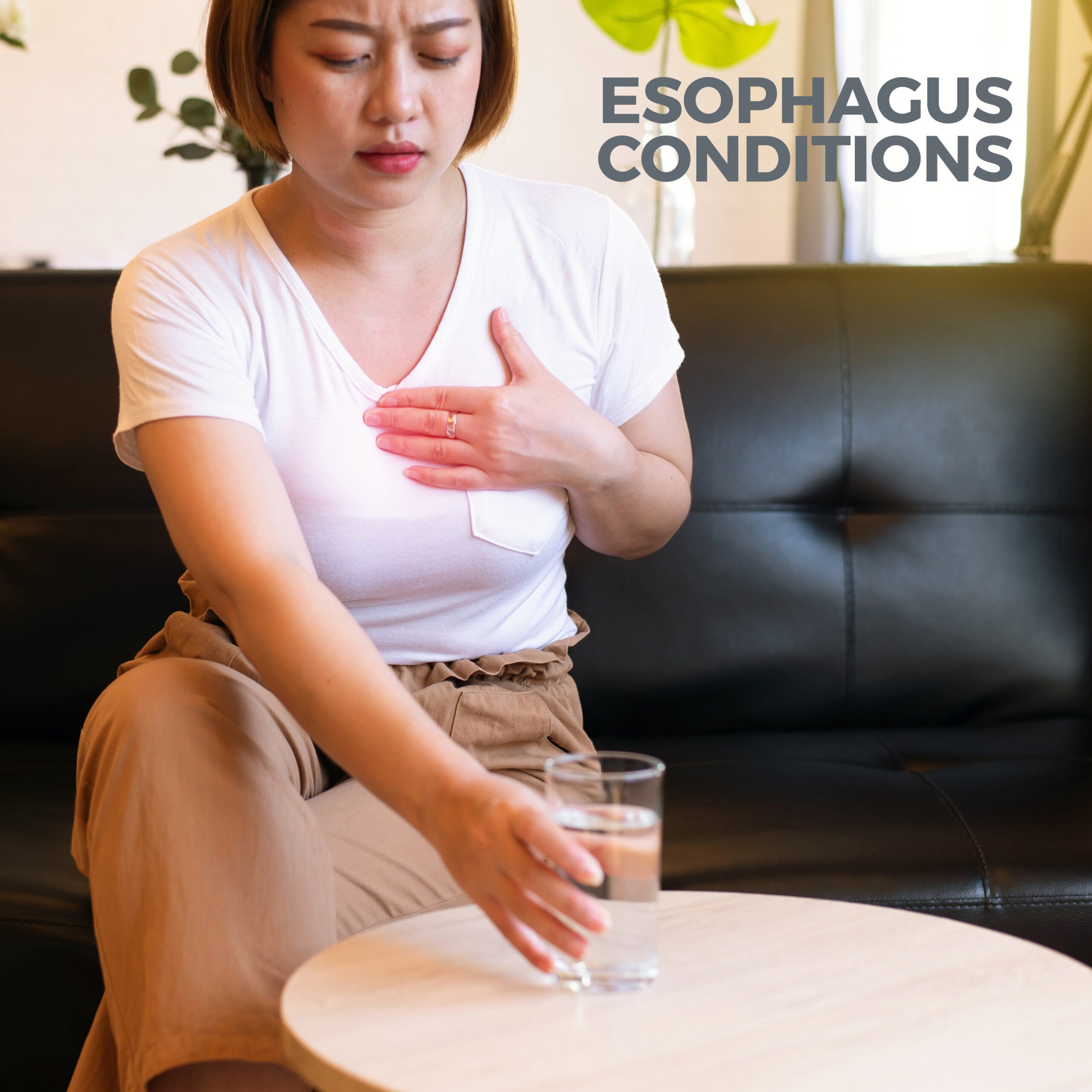 Barrett’s esophagus is a complication of gastroesophageal reflux disease (GERD), a condition in which stomach acid backwashes into your esophagus. Barrett’s is characterized by the esophagus’ normal tissue changing to tissue similar to the small intestine’s lining. These tissue changes may occur because the acid aggravates the food pipe’s lining.

Symptoms of Barrett’s include:

When it comes to treatment, your doctor may prescribe proton pump inhibitors, which are medications that can ease your symptoms, prevent further damage or heal the food pipe’s lining. These include medications that are available by prescription, as well as over-the-counter (OTC):

If these treatments are unsuccessful, surgery may be necessary:

Esophageal webs are thin membranes that spread across the upper portion of your esophagus. They can block it partially or completely. People who have webs often suffer from reflux issues or iron deficiency anemia, as well.

An esophageal diverticulum is a bulge in a weak part of the food pipe’s lining. There are three types of diverticula:

The type of surgery used depends upon the size and location of the diverticulum.

Dysphagia is a disorder that makes swallowing liquids or solid food difficult, painful or impossible. Some people even choke on their own saliva. Others avoid eating or drinking because they’re afraid they’ll choke, resulting in weight loss, malnutrition, and dehydration.