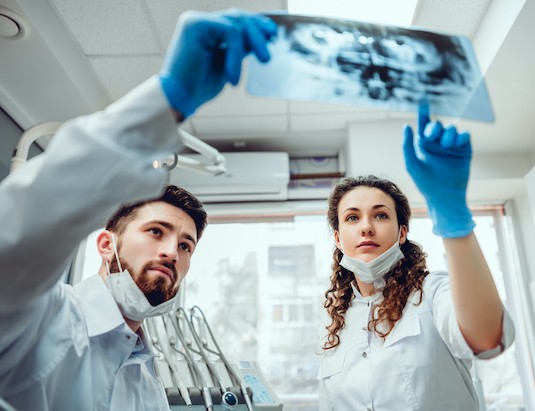 Endoscopic retrograde cholangiopancreatography is a procedure that combines upper gastrointestinal (GI) endoscopy and x-rays to treat problems of the bile and pancreatic ducts. ERCP is also used to diagnose problems, but the availability of non-invasive tests such as magnetic resonance cholangiography has allowed ERCP to be used primarily for cases in which it is expected that treatment will be delivered during the procedure; see “How is ERCP performed?” below.

What are the bile and pancreatic ducts?

Ducts are tube-like structures in the body that carry fluids. The bile ducts carry bile, a liquid the liver makes to help break down food. A group of small bile ducts—called the biliary tree—in the liver empties bile into the larger common bile duct. Between meals, the common bile duct closes and bile collects in the gallbladder—a pear-shaped sac next to the liver.

When is ERCP used?

ERCP is used when it is suspected a person’s bile or pancreatic ducts may be narrowed or blocked due to:

How does a person prepare for ERCP?

The health care provider usually provides written instructions about how to prepare for ERCP.

The upper GI tract must be empty. Generally, no eating or drinking is allowed 8 hours before ERCP. Smoking and chewing gum are also prohibited during this time.

Patients should tell their health care provider about all health conditions they have, especially heart and lung problems, diabetes, and allergies. Patients should also tell their health care provider about all medications they take. Patients may be asked to temporarily stop taking medications that affect blood clotting or interact with sedatives, which are usually given during ERCP to help patients relax and stay comfortable.

Medications and vitamins that may be restricted before and after ERCP include:

Driving is not permitted for 12 to 24 hours after ERCP to allow the sedatives time to completely wear off. Before the appointment, patients should make plans for a ride home

How is ERCP performed?

ERCP is conducted at a hospital or outpatient center by a doctor and assistants who have specialized training in this procedure. Patients receive a local anesthetic that is gargled or sprayed on the back of the throat. The anesthetic numbs the throat and calms the gag reflex.

An intravenous needle is inserted into a vein in the arm if sedatives will be given. Doctors and other medical staff monitor vital signs while patients are sedated.

When the doctor locates the duodenal papilla, a blunt tube called a catheter is slid through the endoscope and guided through the papillary opening. Once the catheter is inside the papilla, the doctor injects a dye into the ducts. The dye, also called contrast medium, allows the ducts to be seen on x-rays. X-rays are then taken to see the ducts and to look for narrowed areas or blockages.

Procedures to treat narrowed areas or blockages can be performed during ERCP. To see the ducts during treatment procedures, the doctor uses x-ray video, also called fluoroscopy. Special tools guided through the endoscope and into the ducts allow the doctor to open blocked ducts, break up or remove gallstones, remove tumors in the ducts, or insert stents. Stents are plastic or expandable metal tubes that are left in narrowed ducts to restore the flow of bile or pancreatic juice. A kind of biopsy called brush cytology allows the doctor to remove cells from inside the ducts using a brush that fits through the endoscope. The collected cells are later examined with a microscope for signs of infection or cancer.

Occasionally, ERCP is done after gallbladder surgery, if a surgical bile leak is suspected, to find and stop the leak with a temporary stent.

What does recovery from ERCP involve?

After ERCP, patients are moved to a recovery room where they wait for about an hour for the sedatives to wear off. Patients may not remember conversations with health care staff, as the sedatives reduce memory of events during and after the procedure. During this time, patients may feel bloated or nauseous. Patients may also have a sore throat, which can last a day or two.

Patients can go home after the sedatives wear off. Patients will likely feel tired and should plan to rest for the remainder of the day.

Some ERCP results are available immediately after the procedure. Biopsy results are usually ready in a few days.

Unless otherwise directed, patients may immediately resume their normal diet and medications after having an ERCP. The health care provider can answer any specific questions about eating, diet, and nutrition.

What are the risks associated with ERCP?

Significant risks associated with ERCP include:

When ERCP is performed by an experienced doctor, complications occur in about 6 to 10 percent of patients and these often require hospitalization. Patients who experience any of the following symptoms after ERCP should contact their health care provider immediately:

Gastro MD continues to monitor the coronavirus (COVID-19) situation. Our practice remains open to our patients. Please let us know if we need to make any accommodations for your individual needs as it relates to visiting our offices. We want to take an opportunity to assure you that we are taking preventative measures to keep our patients and employees safe from the spread of coronavirus. The health and safety of our patients and employees remain at the focus of our mission at Gastro MD. We will remain up to date and informed as we actively monitor any new developments of coronavirus. To make or change appointments, please call (386) 668-2221.