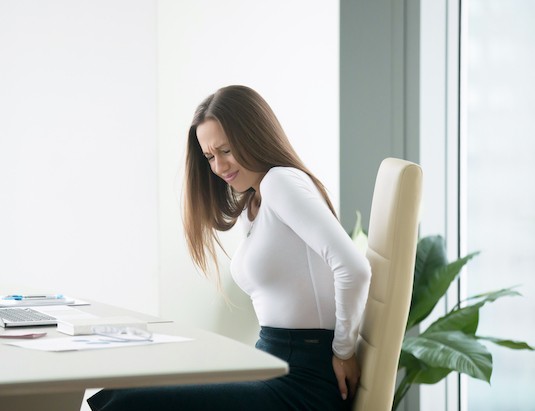 The term hemorrhoids refers to a condition in which the veins around the anus or lower rectum are swollen and inflamed.

Hemorrhoids are either inside the anus — internal — or under the skin around the anus — external.

What are the symptoms of hemorrhoids?

Many anorectal problems, including fissures, fistulae, abscesses, or irritation and itching, also called pruritus ani, have similar symptoms and are incorrectly referred to as hemorrhoids.

Hemorrhoids usually are not dangerous or life threatening. In most cases, hemorrhoidal symptoms will go away within a few days.

Although many people have hemorrhoids, not all experience symptoms. The most common symptom of internal hemorrhoids is bright red blood covering the stool, on toilet paper, or in the toilet bowl. However, an internal hemorrhoid may protrude through the anus outside the body, becoming irritated and painful. This is known as a protruding hemorrhoid.

In addition, excessive straining, rubbing, or cleaning around the anus may cause irritation with bleeding and/or itching, which may produce a vicious cycle of symptoms. Draining mucus may also cause itching.

How common are hemorrhoids?

Hemorrhoids are common in both men and women. About half of the population has hemorrhoids by age 50. Hemorrhoids are also common among pregnant women. The pressure of the fetus on the abdomen, as well as hormonal changes, cause the hemorrhoidal vessels to enlarge. These vessels are also placed under severe pressure during childbirth. For most women, however, hemorrhoids caused by pregnancy are a temporary problem.

How are hemorrhoids diagnosed?

A thorough evaluation and proper diagnosis by the doctor is important any time bleeding from the rectum or blood in the stool occurs. Bleeding may also be a symptom of other digestive diseases, including colorectal cancer. The doctor will examine the anus and rectum to look for swollen blood vessels that indicate hemorrhoids and will also perform a digital rectal exam with a gloved, lubricated finger to feel for abnormalities.

Closer evaluation of the rectum for hemorrhoids requires an exam with an anoscope, a hollow, lighted tube useful for viewing internal hemorrhoids, or a proctoscope, useful for more completely examining the entire rectum.

To rule out other causes of gastrointestinal bleeding, the doctor may examine the rectum and lower colon, or sigmoid, with sigmoidoscopy or the entire colon with colonoscopy. Sigmoidoscopy and colonoscopy are diagnostic procedures that also involve the use of lighted, flexible tubes inserted through the rectum.

What is the treatment?

Medical treatment of hemorrhoids is aimed initially at relieving symptoms. Measures to reduce symptoms include:

Preventing the recurrence of hemorrhoids will require relieving the pressure and straining of constipation. Doctors will often recommend increasing fiber and fluids in the diet. Eating the right amount of fiber and drinking six to eight glasses of fluid — not alcohol — result in softer, bulkier stools. A softer stool makes emptying the bowels easier and lessens the pressure on hemorrhoids caused by straining. Eliminating straining also helps prevent the hemorrhoids from protruding.

Good sources of fiber are fruits, vegetables, and whole grains. In addition, doctors may suggest a bulk stool softener or a fiber supplement such as psyllium (Metamucil) or methylcellulose (Citrucel).

In some cases, hemorrhoids must be treated endoscopically or surgically. These methods are used to shrink and destroy the hemorrhoidal tissue. The doctor will perform the procedure during an office or hospital visit.

A number of methods may be used to remove or reduce the size of internal hemorrhoids. These techniques include:

How are hemorrhoids prevented?

The best way to prevent hemorrhoids is to keep stools soft so they pass easily, thus decreasing pressure and straining, and to empty bowels as soon as possible after the urge occurs. Exercise, including walking, and increased fiber in the diet help reduce constipation and straining by producing stools that are softer and easier to pass.

Gastro MD continues to monitor the coronavirus (COVID-19) situation. Our practice remains open to our patients. Please let us know if we need to make any accommodations for your individual needs as it relates to visiting our offices. We want to take an opportunity to assure you that we are taking preventative measures to keep our patients and employees safe from the spread of coronavirus. The health and safety of our patients and employees remain at the focus of our mission at Gastro MD. We will remain up to date and informed as we actively monitor any new developments of coronavirus. To make or change appointments, please call (386) 668-2221.