11 Signs You Should See a Gastroenterologist 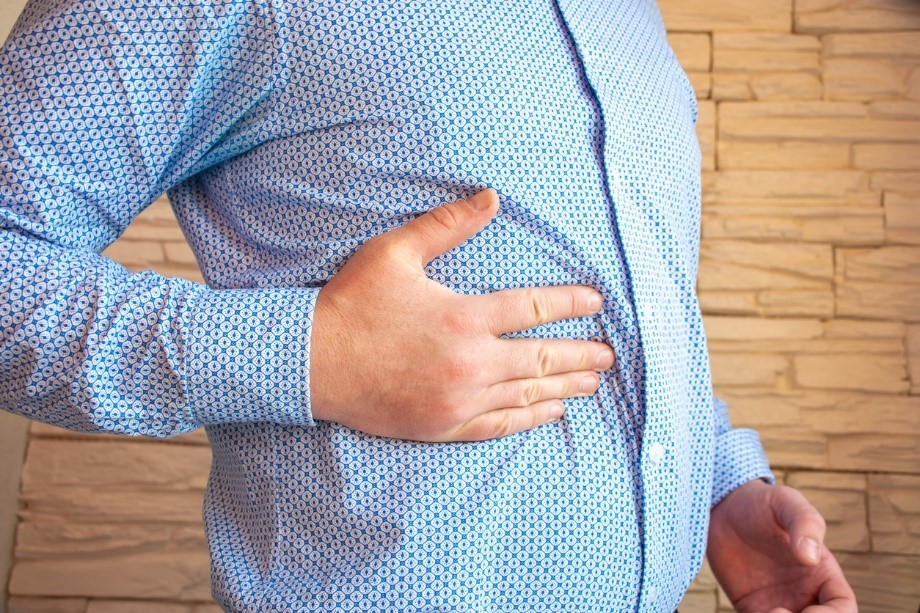 11 Signs You Should See a Gastroenterologist

If you’re experiencing unusual digestive issues or new pain and discomfort in your digestive tract, it’s best not to ignore them. While it may be tempting to wait and see if they go away or diminish, but this is a gamble you shouldn’t take. The condition may become worse or even life-threatening.

1. You Have Trouble Swallowing

See your gastroenterologist if you have persistent difficulty swallowing (dysphagia) or a steadily worsening lump in your throat. Frequent throat pain or swelling are also indications that you should see a gastroenterologist.

If you even have difficulty swallowing water, it could signify a serious condition.

Difficulty swallowing could indicate acid reflux damage to the esophagus, esophagus muscle weakness, a lesion, or anything that causes the esophagus to narrow. These thwart the esophagus’ ability to transport food or liquids to the stomach.

Your gastroenterologist may perform an upper endoscopy to diagnose the issue.

2. You Have Frequent Heartburn

As its name suggests, heartburn is a burning pain in the center of your chest. It usually happens when stomach acid backs up into the esophagus. Typically, heartburn can be caused by irritants such as alcohol, spicy foods, carbonated drinks, fried foods, and cigarettes.

You should call a gastroenterologist if you have heartburn and develop these signs of a more serious condition:

These symptoms could show:

If you suddenly can’t button pants that fit fine a few days ago, bloating could be the culprit. A rapid gain in girth means that your stomach is bloating because it’s retaining gas. Painful bloating that suddenly happens without explanation and is accompanied by bloody stools, nausea, or painful bowel movements is not normal. It could suggest IBS, celiac disease, gallstones, Crohn’s disease, ulcerative colitis, or GERD (Gastroesophageal reflux disease).

It is best to see a gastroenterologist so that your problem can be professionally evaluated.

If you don’t drink enough water, don’t get proper exercise, overuse laxatives, take antidepressants, eat large amounts of dairy products, or eat junk food, you may occasionally experience constipation. Constipation happens when it’s sometimes challenging to have a bowel movement, or you don’t have one at all.

Chronic constipation is a sign that something is wrong. If you’re going longer than three days between poops, the feces will keep getting harder and drier, and it will keep getting more and more difficult to empty your bowels.

Constipation is chronic if you’ve had two or three of these issues in the past three months:

If you’re experiencing chronic constipation, make an appointment with a gastroenterologist as soon as possible. It could suggest an underlying condition such as:

Diarrhea is watery bowel movements. It’s a common issue that generally resolves in a day or two. It can be caused by anything from consuming too much caffeine to drinking tap water in a foreign country to gobbling up those habanero peppers that your friends dared you to eat.

Diarrhea that lasts more than four weeks could be a sign of a potentially life-threatening issue. Consult a gastroenterologist if you have any of these symptoms:

Chronic diarrhea associated with these ailments could indicate:

A gastroenterologist should examine you if you suddenly lose weight. Some weight loss can be associated with exercise or diet changes, but rapid weight loss is not normal.

If your weight dives more than five percent over six to 12 months, it shouldn’t be ignored. This is equal to dropping from 160 pounds to 150 pounds in half a year.

A black or bloody stool could signify that part of your digestive tract is bleeding. It may be something simple such as hemorrhoids or as serious as cancer.

Any type of rectal bleeding is abnormal, so you’ll need to see a gastroenterologist to pinpoint and treat the problem. This is especially true if the bleeding is recurring or if you’re over 40 years old.

Passing gas is a normal part of digestion. As a matter of fact, the average person passes gas from five to 15 times a day. Common causes of gas include:

If have a digestive condition, it disrupts the normal digestive process, which can cause excessive gas. Some of these conditions include:

How can you tell if your flatulence is abnormal? If it’s been unresponsive to home remedies or over-the-counter medication, you should see a gastroenterologist. It’s particularly important to see one if your excessive gas accompanies:

Pale stools often quickly return to their normal color. If the pale color doesn’t resolve, it could indicate:

Jaundice is a condition that turns your skin and the whites of your eyes yellow. Dark urine or light-colored stools can also signify jaundice. Jaundice is usually indicative of an underlying condition. Conditions can include:

Ulcers are caused when the small intestine or stomach walls are eroded by stomach acid and develop small sores. There are two types of ulcers:

Peptic ulcers can be caused by:

You may have a peptic ulcer if:

Untreated peptic ulcers can erode a hole in the gastric lining, which could become infected. An ulcer can trigger swelling, which obstructs the passage of food from the stomach to the small intestine.

Are you experiencing any of the above warning signs? If you suspect you may have one of these conditions, please contact us as soon as possible to arrange an appointment with one of our highly qualified, caring gastroenterologists.

We’ll work with you to discover and diagnose the underlying causes of your gastrointestinal issues, so you can quickly and confidently get on the road to recovery.

Contact us today! The team of professionals at GastroMD looks forward to working with you. We are one of the leading gastroenterology practices in the Tampa Bay area. We perform a host of diagnostic procedures using state-of-the-art equipment in a friendly, comfortable, and inviting atmosphere where patient care is always a top priority!