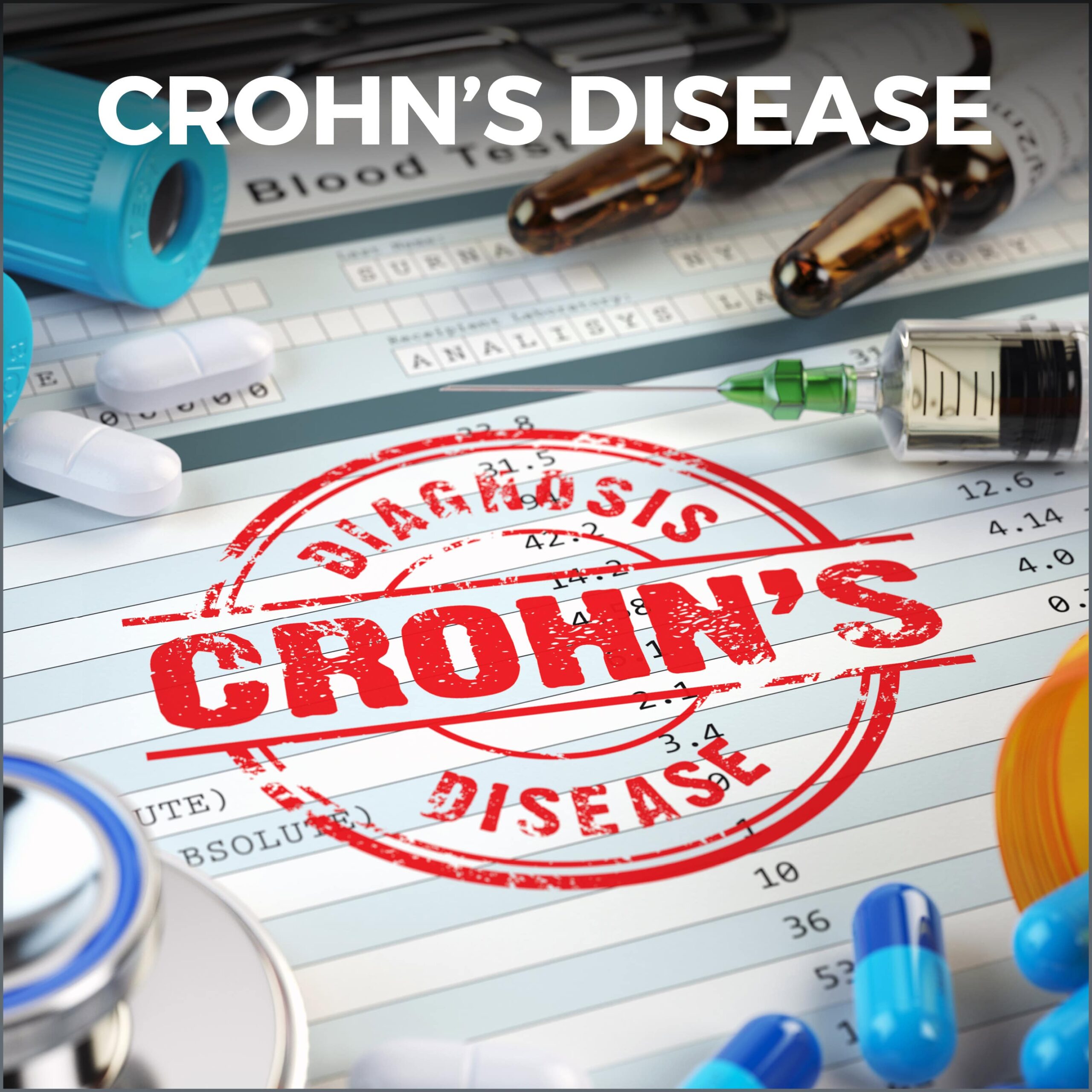 Crohn’s disease is an inflammatory bowel disease (IBD) that can affect any part of the digestive tract from the mouth to the anus. It typically strikes the colon and small intestine and can range from minor aches to crippling pain. Crohn’s disease is a lifelong, incurable condition, but its symptoms can be managed so that you can live an active lifestyle.

Crohn’s disease is often confused with IBS (irritable bowel syndrome) because they have similar names and symptoms, but they are two different conditions.

IBS is a disorder of the digestive tract’s function (how it works), while IBD, or Crohn’s disease, is a disorder of its structure (chronic inflammation caused by an overactive immune response).

Normally, your immune system recognizes foreign invaders and attacks them. This protects your digestive tract.

If you have Crohn’s disease, your immune system misinterprets food and other harmless substances as threats and releases white blood cells that attack the bowels’ lining. This triggers ulceration, thickening of the intestinal wall, and chronic inflammation. Crohn’s disease can affect the whole bowel wall or occur in patches.

What are Crohn’s Symptoms?

Crohn’s symptoms usually develop gradually and can worsen over time. The condition usually has periods of remission alternating with periods of flare-ups. Flare-ups can last weeks or months and can occur after months or even years of remission.

Severe Crohn’s disease may cause: 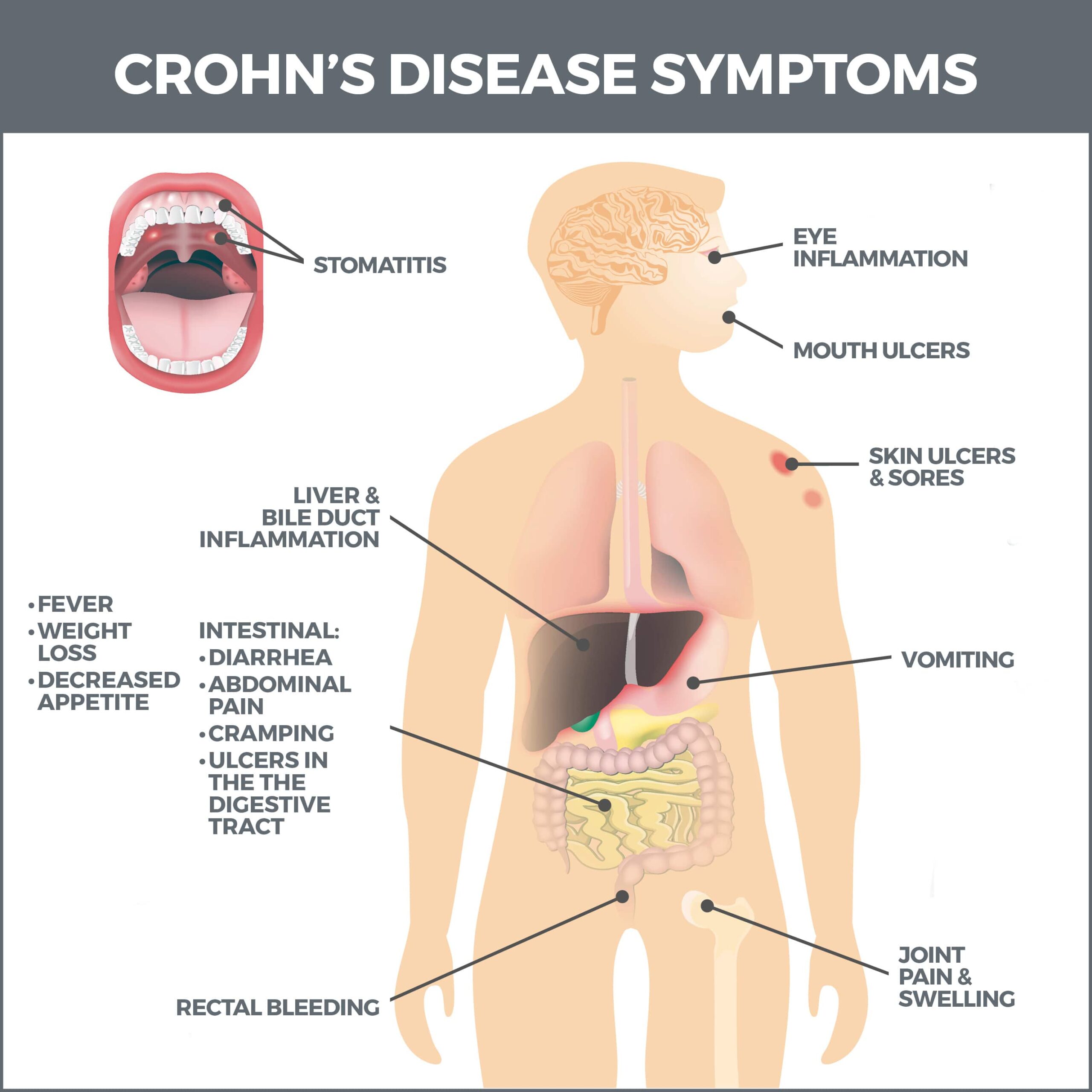 Although scientists are still studying the causes of the condition, there is evidence it may be triggered by: 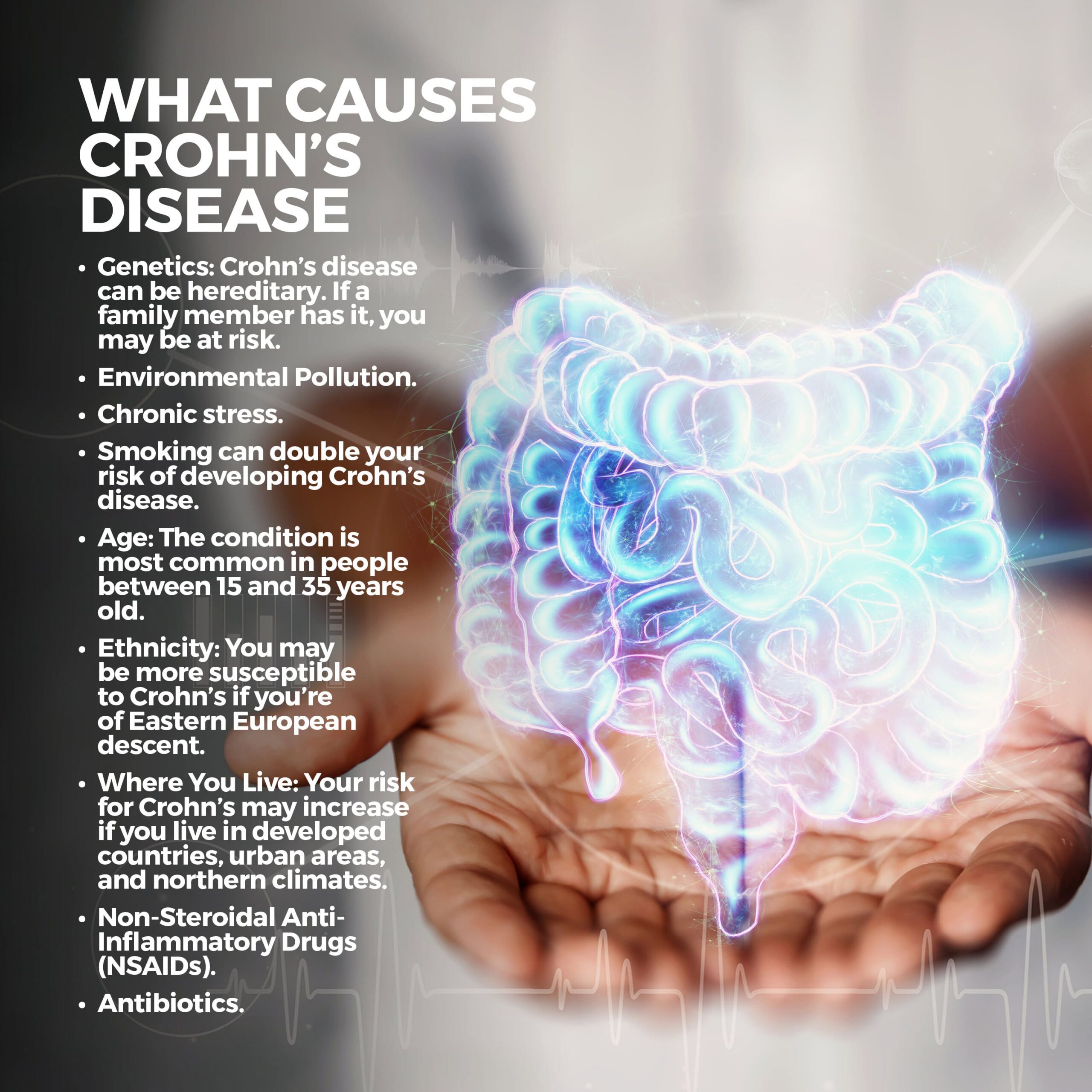 What Are the Different Types of Crohn’s Disease?

There are four types of Crohn’s disease. Each impacts a different part of your digestive tract:

How is Crohn’s Disease Diagnosed?

Since the disease’s symptoms may mimic other conditions, your physician will do tests to rule them out and make an accurate Crohn’s diagnosis. These tests include:

There is no cure for Crohn’s disease. But some treatments can suppress inflammation and promote remission. The longer inflammation is suppressed, the more time your intestines have to heal.

Medications are usually the first line of defense against the condition. These include:

In severe cases of Crohn’s, surgery may be necessary. An estimated 75 percent of people who have Crohn’s will eventually need surgery. These procedures include:

Contact us today! The team of professionals at GastroMD looks forward to working with you. We are one of the leading gastroenterology practices in the Tampa Bay area. We perform a host of diagnostic procedures using state-of-the-art equipment in a friendly, comfortable, and inviting atmosphere where patient care is always a top priority!