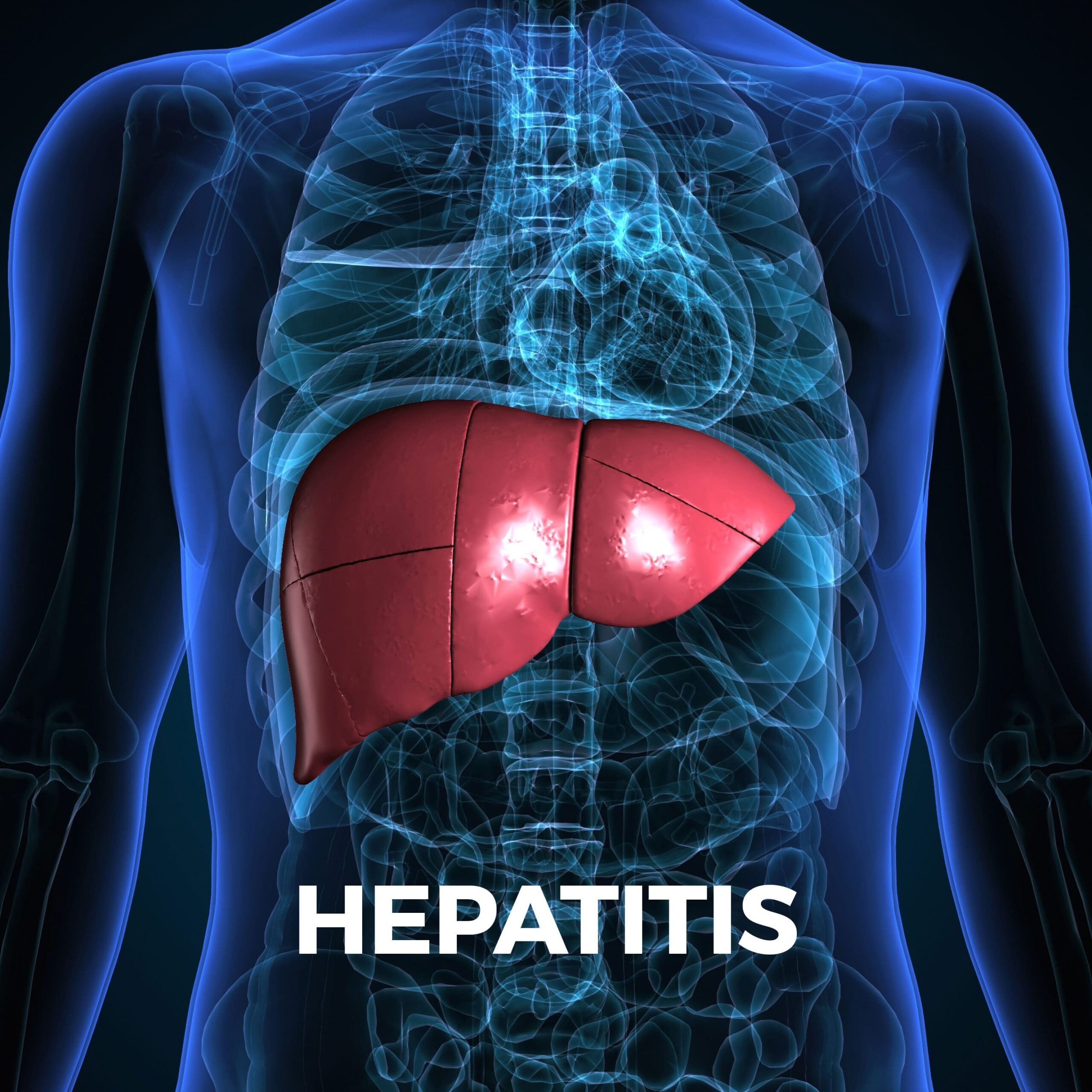 Hepatitis is an inflammation (a swelling of an injured or infected organ) of the liver. It is caused by five viruses referred to as Hepatitis A, B, C, D, and E. The condition can be short-term or a more severe, long-term one that causes cirrhosis (scarring of the liver), liver cancer, or liver failure. Hepatitis typically results from a viral infection but can have other causes.

A different virus triggers each type of hepatitis.

HAV infections are often mild, and many people recover completely and develop immunity to future HAV infections. You are still susceptible to other types of hepatitis. Hepatitis A does not lead to cirrhosis of the liver. Rarely does HAV cause liver failure.

Some people don’t have symptoms, while others do. Symptoms of Hepatitis A include:

You can reduce your risk of developing HAV by getting vaccinated. An HAV shot will not prevent you from contracting an infection from other types of hepatitis. The vaccine is administered in two shots; you get the second one six to 12 months after the first.

HBV is a viral liver infection that is either acute (quickly becomes severe) or chronic (continues for a long time). Unlike HAV, it can’t be spread via food and water. Instead, it’s transmitted through infected semen, blood, saliva, and other bodily fluids. HBV can also be transferred from an infected mother to her infant at birth. The infection can be a short-term illness for some or a long-term condition that causes liver cancer, liver failure, cirrhosis, or even death.

Symptoms of HBV include:

If you get symptoms, they typically show up about 60 to 150 days after exposure.

You risk getting HBV if you:

To illustrate how infectious Hepatitis B is, it’s estimated that one-fifth of a teaspoon of tainted blood contains one billion HBV viruses.

The younger you get an HBV infection, the greater your risk of developing a chronic condition.

A vaccine can prevent Hepatitis B. It’s typically given in three shots, with the first given at birth. This dose is crucial in preventing long-term illness and hindering the spread of HBV. Adults can also be vaccinated if they weren’t before.

Hepatitis C is a virus that spreads through infected blood. There are two types of HCV: chronic and acute. Acute HCV is a brief infection that the body may be able to fight off. But if not, it can lead to a chronic infection.

Chronic HCV is called a “silent” infection because it may have no symptoms and take decades to become apparent. Because of this, it is recommended that people aged between 18 and 79 get an HCV screening. People born between 1945 and 1965 are five times more likely to get the infection than any other age group. Although there is no vaccine for chronic HCV, antiviral pills can eliminate it, including Zepatier and Mavyret. The course of treatment is typically between eight to 12 weeks.

Untreated Hepatitis C can be fatal. The virus is primarily responsible for liver transplants in the United States.

Your risk of HCV increases if you:

There are many misconceptions about how you can get HCV. You can’t get it through:

Hepatitis C can only spread through infected blood.

Hepatitis D is the most serious form of hepatitis. The infection is transmitted via the blood or bodily fluid of someone else who has it. It can cause liver failure, liver cancer, or death. HDV develops among people who are already infected with HBV. This happens through:

The virus is rare in the United States but is common in South America, Central Asia, the Pacific Islands, and Russia.

You risk an HDV infection if you:

There is currently no cure for acute or chronic HDV. Interferon alpha (peg-INFa) may prevent the virus from spreading and promote remission. Drugs that fight the virus or prevent it from attaching itself to HBV cells are also being studied. Following treatment, however, you may still test positive for HDV.

Untreated, the infection can lead to liver disease, liver cancer, or cirrhosis. You may need a liver transplant if the organ is severely damaged.

Hepatitis E occurs in drinking water contaminated with feces. HEV is found in less-developed countries (because of poor sanitation) and is rare in the United States. Occurrences in the US are usually associated with eating undercooked meat from infected animals, such as pork and wild game. It’s still possible to get HEV from contaminated drinking water or someone who didn’t wash their hands after a bowel movement.

The infection is usually acute (quickly becomes severe) and goes away on its own in about four to six weeks. Often, it’s so mild that people are unaware they have it. If you do experience symptoms, they may include:

These symptoms may emerge 15 to 60 days after you’re infected.

Although acute symptoms resolve on their own, it’s possible to contract chronic HEV when your body can’t fight it. Chronic Hepatitis E is rare and only develops in people with compromised immune systems. Chronic HEV is life-threatening and can trigger cirrhosis or acute liver failure.

When traveling in a foreign country, you can protect yourself from HEV by drinking bottled water and using it to make ice cubes, brush your teeth, and wash produce.

There is no specific therapy for acute Hepatitis E other than hydration, rest, adequate nourishment, and avoiding alcohol. An HEV vaccine has been approved for use in China, but none are currently available in the United States. 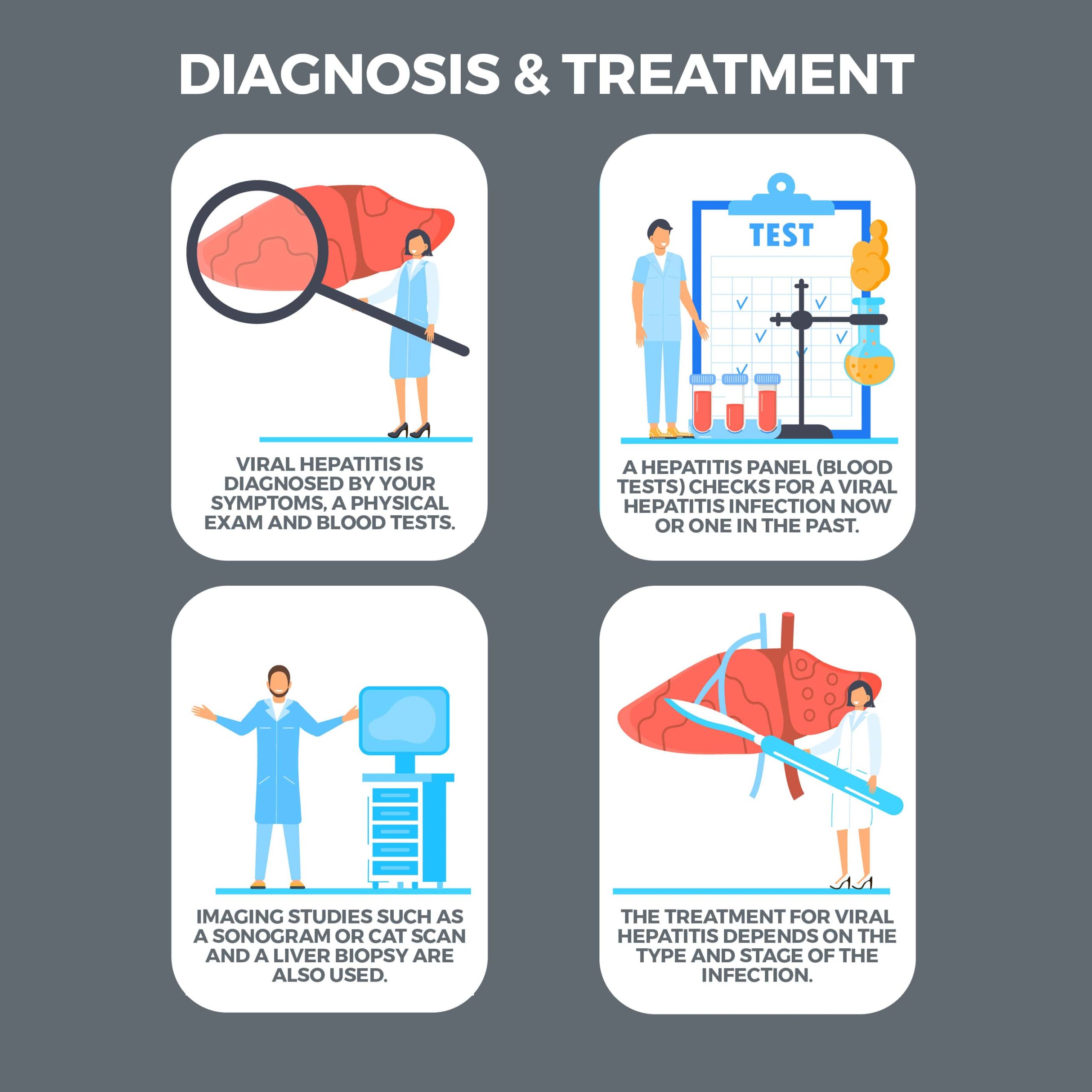