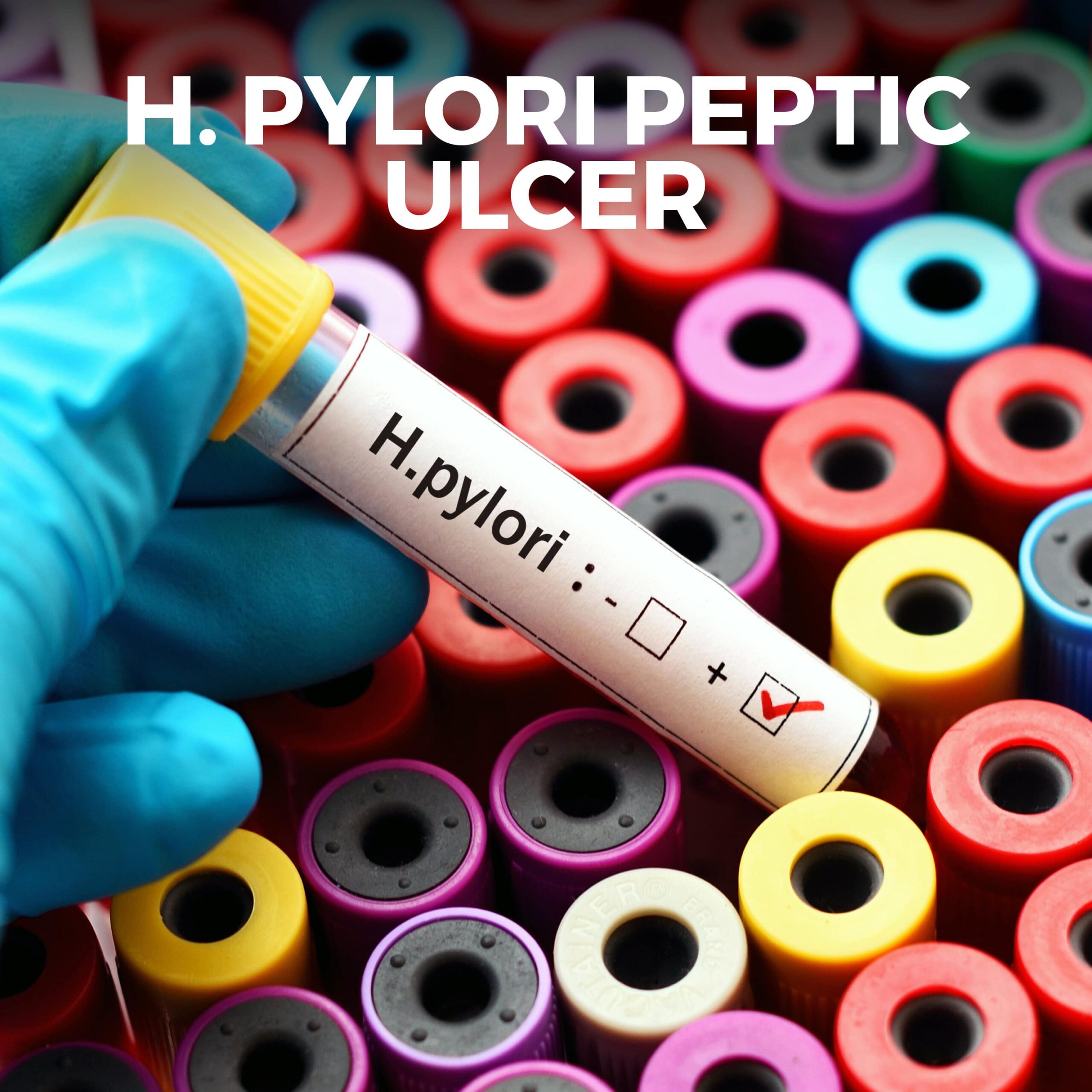 H. pylori (Helicobacter Pylori) is a bacteria that lives in your digestive tract and causes peptic ulcers. Peptic ulcers are open sores on the stomach lining or the beginning of the small intestine (duodenum). H. pylori has adapted to the stomach’s powerful acids so that it can survive in the organ’s otherwise harsh environment. It typically infects children, and many people are unaware of an H. pylori infection because they have no symptoms.

Although the exact causes of H. pylori infections are still being researched, it is thought that they are spread by:

Living conditions can also escalate the spread of H. pylori infections. These include:

How Does H. pylori Damage the Stomach?

H. pylori enters the stomach’s protective mucous layer. The bacteria is spiral-shaped, which enables it to tunnel into the stomach’s lining. H. pylori produces an enzyme called urease that transforms urea into ammonia, a substance that shields the bacteria from stomach acid. As H. pylori multiplies, this ammonia erodes the stomach’s tissue, causing a peptic ulcer.

It’s a common misconception that spicy foods cause peptic ulcers, but H. pylori is solely responsible for this condition. Spicy foods, as well as smoking, alcohol, and stress, can aggravate existing ulcer symptoms. Rarely do peptic ulcers lead to cancer. 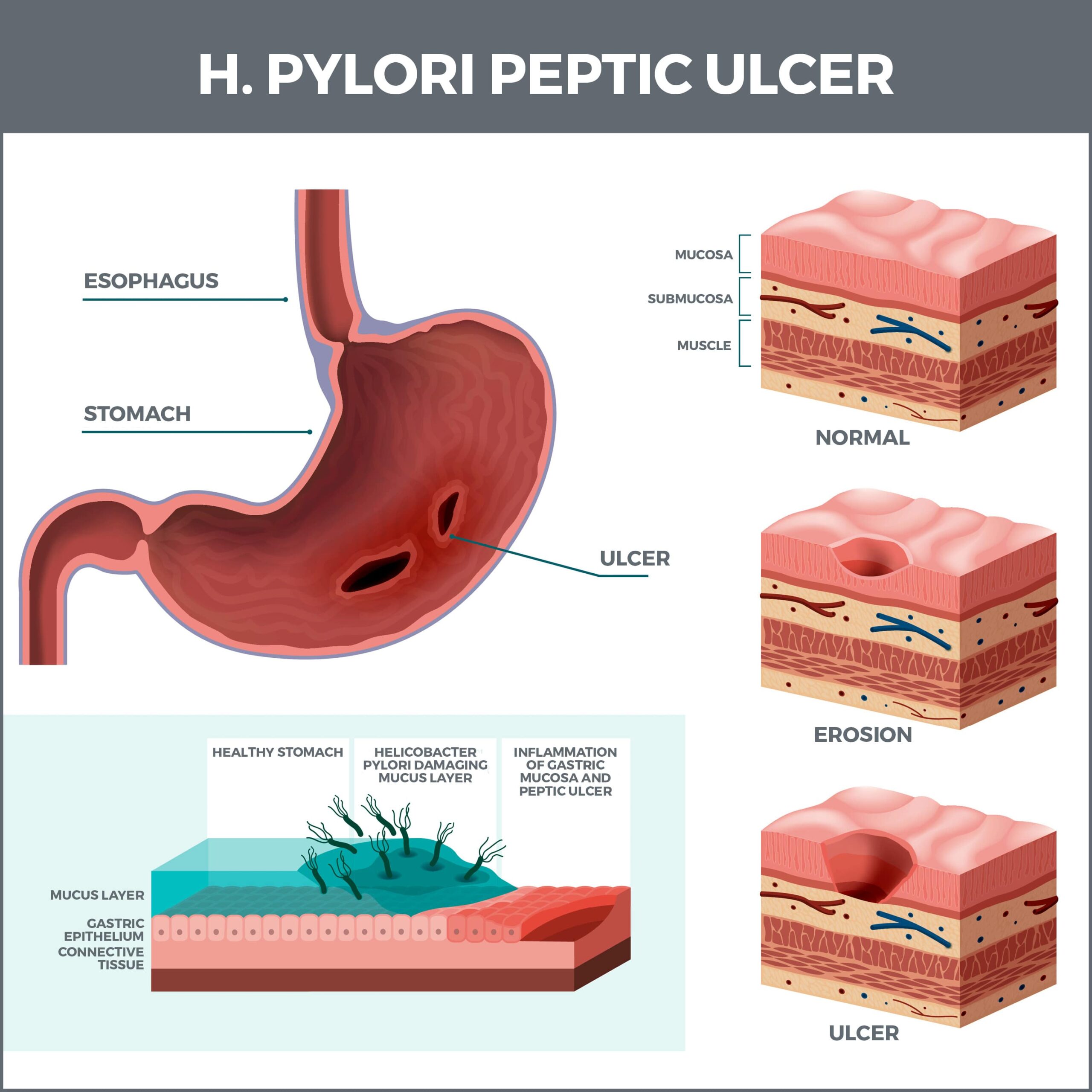 What Are the Symptoms of an H. pylori Infection?

Many people who have an H. pylori infection don’t know it because they don’t have symptoms.

If symptoms are present, they result from a peptic ulcer caused by the infection. These include: 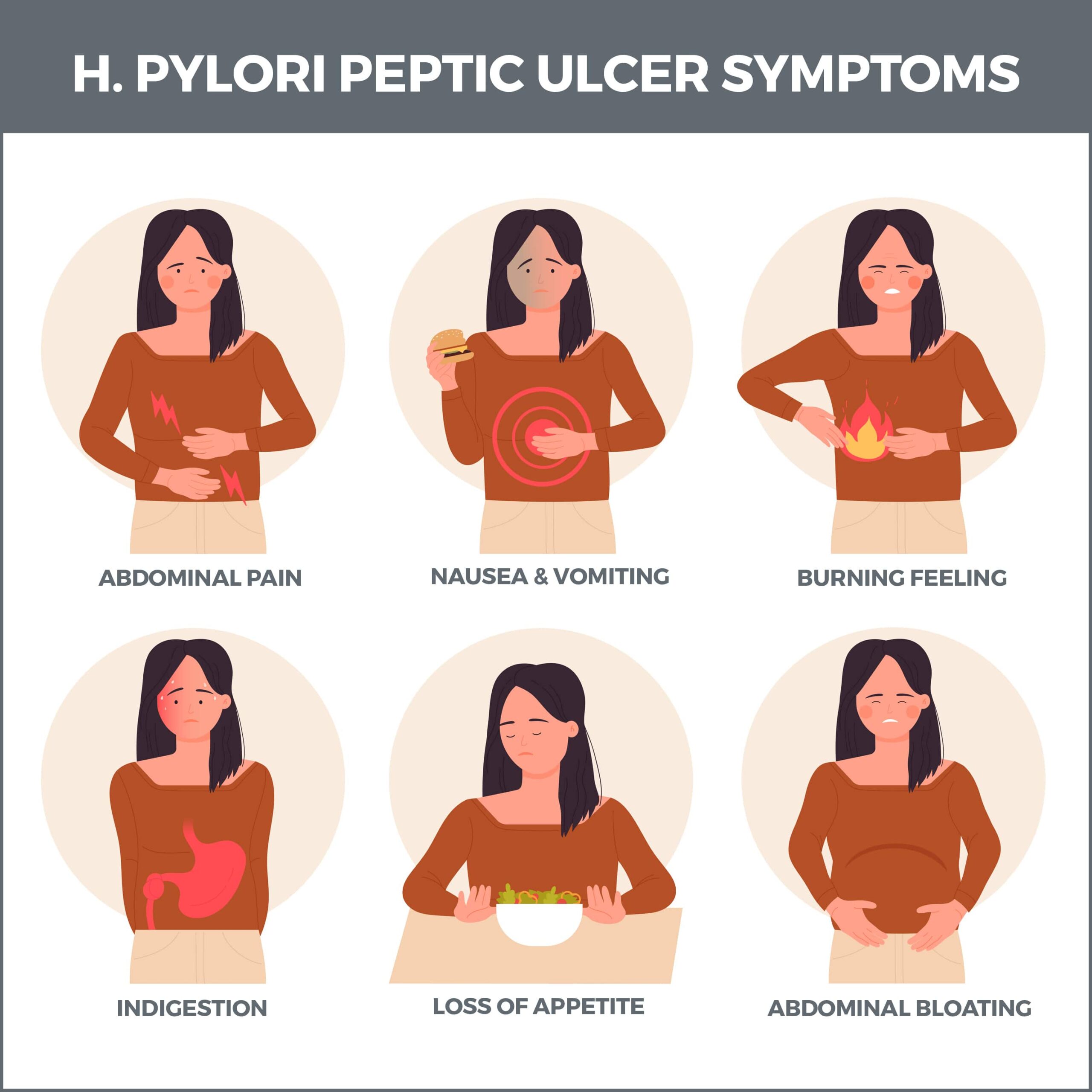 Ulcers can become dangerous if they bleed into your intestines or stomach. See your gastroenterologist immediately if you have any of these symptoms:

How is a H. pylori Infection Diagnosed?

One or more of these tests may be performed if it’s suspected that H. pylori bacteria is causing your peptic ulcer:

How is H. pylori Treated?

Standard treatment for H. pylori-related ulcers can take up to two weeks and is referred to as triple therapy. This is because it involves a combination of two antibiotics and one proton-pump inhibitor:

Sometimes bismuth subsalicylate (Pepto-Bismol, Kaopectate) is added to the combination of antibiotics and proton pump inhibitors to coat the peptic ulcer and shield it from stomach acid.

A newer medication called Talicia is a single capsule that contains two antibiotics and a proton pump inhibitor.

If you’ve been diagnosed with H. pylori, don’t take nonsteroidal anti-inflammatory medications (NSAIDs). NSAIDs include aspirin, Advil, Aleve, and Celebrex. These drugs could increase the likelihood of developing an ulcer.

With treatment, most ulcers heal in several months.

How Will I Know That an H. pylori Infection is Healed?

Your doctor will perform a second stool or breath test several weeks after you begin proton pump therapy and antibiotic therapy.

How Can I Protect Myself from H. pylori?

You can take these simple steps to prevent an H. pylori infection: 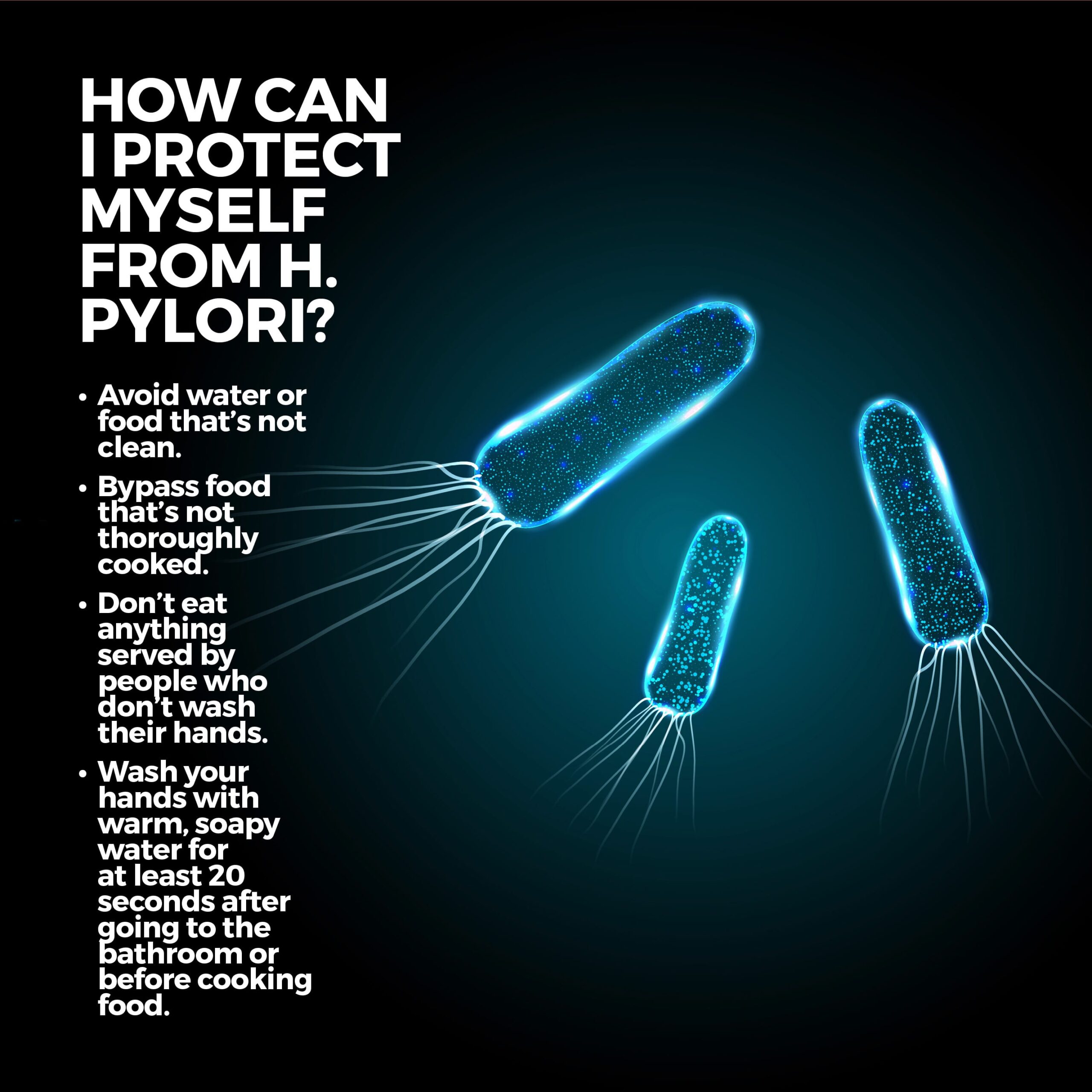 What Are the Complications of an H. pylori Infection?

Although H. pylori can cause a peptic ulcer, the ulcer or Infection itself can trigger serious complications, including:

What Foods Should I Avoid if I Have a Peptic Ulcer?

Although foods don’t cause a peptic ulcer, some can irritate and cause discomfort. These include:

What Foods Can I Eat if I Have an Ulcer?

Certain foods are gentler to your stomach if you have an ulcer. These include:

How you eat is just as important as what you eat. These habits could help reduce the pain of an ulcer: