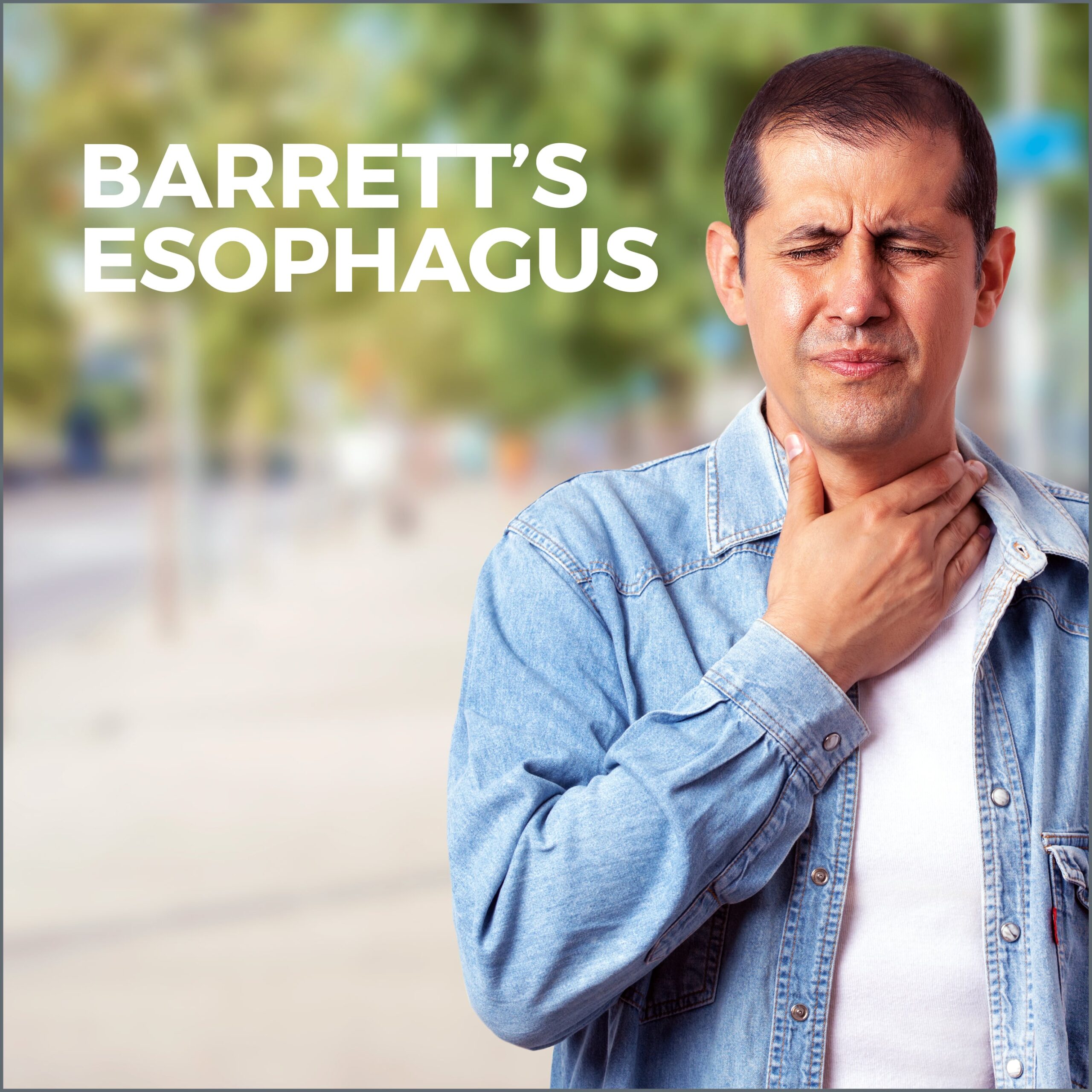 If you have Barrett’s esophagus, the normal cells lining your food pipe (esophagus) change to abnormal cells resembling those in your intestine’s lining. This typically happens when your esophagus becomes damaged. The condition is incurable and affects approximately 30 million people in the United States, or 1.6%. Although uncommon, Barrett’s esophagus may raise your risk for esophageal cancer. This type of cancer is called esophageal adenocarcinoma.

Barrett’s esophagus is a complication of gastroesophageal reflux (GERD). GERD is a chronic condition in which stomach acid backs up into your esophagus (acid reflux). People with GERD have a three to five times higher susceptibility to Barrett’s than those who don’t.

When this frequently happens for many years, it damages the esophagus’ lining, causing the formation of new, abnormal cells. Barrett’s can also be caused by swelling of the esophagus.

40% of people who develop esophageal cancer have never had heartburn. It is unclear why this happens.

Barrett’s isn’t genetic. It is called an acquired disorder, meaning it grows over time. 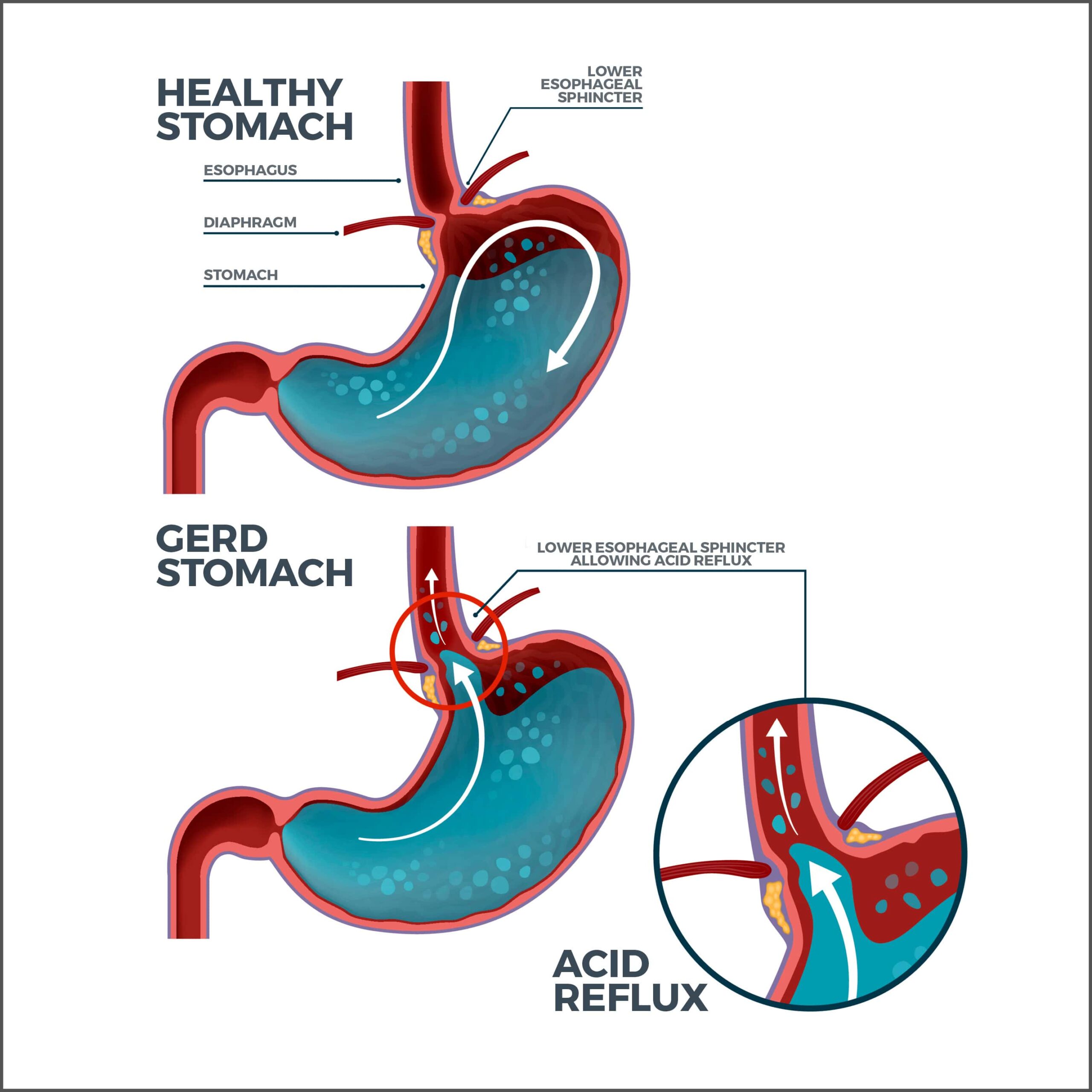 What Are the Symptoms of Barrett’s?

Some people with Barrett’s lack symptoms, while others have symptoms caused by GERD. These include:

If you have Barrett’s esophagus, you will usually experience symptoms approximately one hour after eating. These symptoms can persist for hours after they begin. 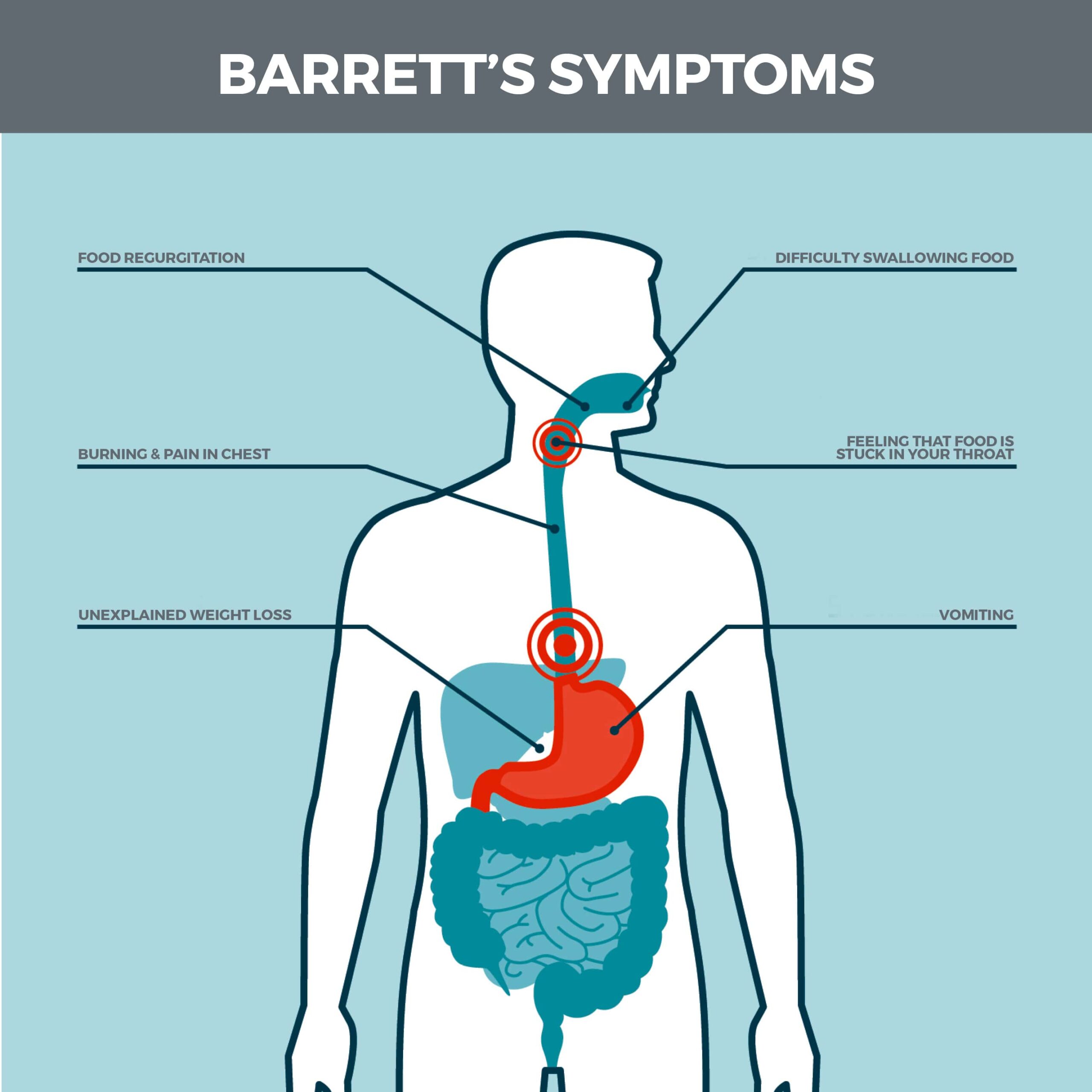 Who is Susceptible to the Condition?

You have an increased risk for Barrett’s if you are:

How is Barrett’s Diagnosed?

Barrett’s can be diagnosed via an endoscopy. During an endoscopy, a thin tube with an attached camera is passed through your mouth and into your esophagus. Your doctor uses the camera to examine your esophagus’ lining.

The endoscope is also equipped with tools for collecting small tissue samples. One biopsy is not representative of the condition of your entire esophagus, so your doctor collects biopsies every one-half to one inch of the affected part of your esophagus.

The cells will be examined in a lab to determine whether abnormal cells have overtaken normal cells. Normal esophagus tissue looks pale pink and smooth, while damaged tissue is salmon-colored and velvety.

If you’re having trouble swallowing, you may need an upper gastrointestinal (GI) barium test, also called a barium swallow. During the procedure, you’ll drink a liquid containing barium. This white contrast dye coats your esophagus, so it shows up more clearly on x-ray images.

How is the Extent of Damage Determined?

To determine the degree of damage, your esophageal tissue can be classified in one of three ways:

How is Barrett’s Esophagus Treated?

Barrett’s esophagus is uncommon, but you may need to be observed for it if you have heartburn or GERD. Treatment for the condition varies depending on the extent of abnormal cell growth and includes: 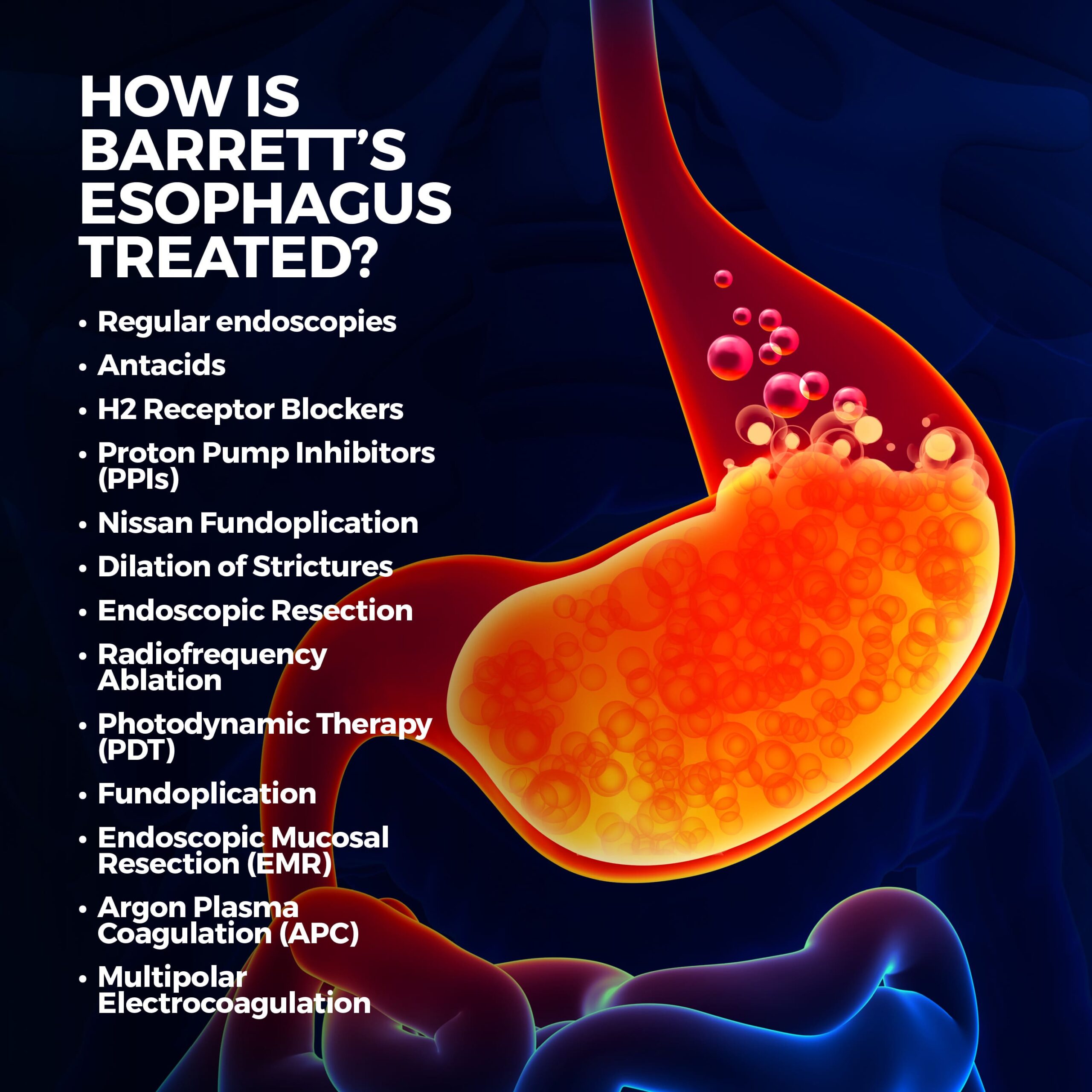 Can Barrett’s Esophagus be Prevented?

You can reduce your risk of getting the condition if you: