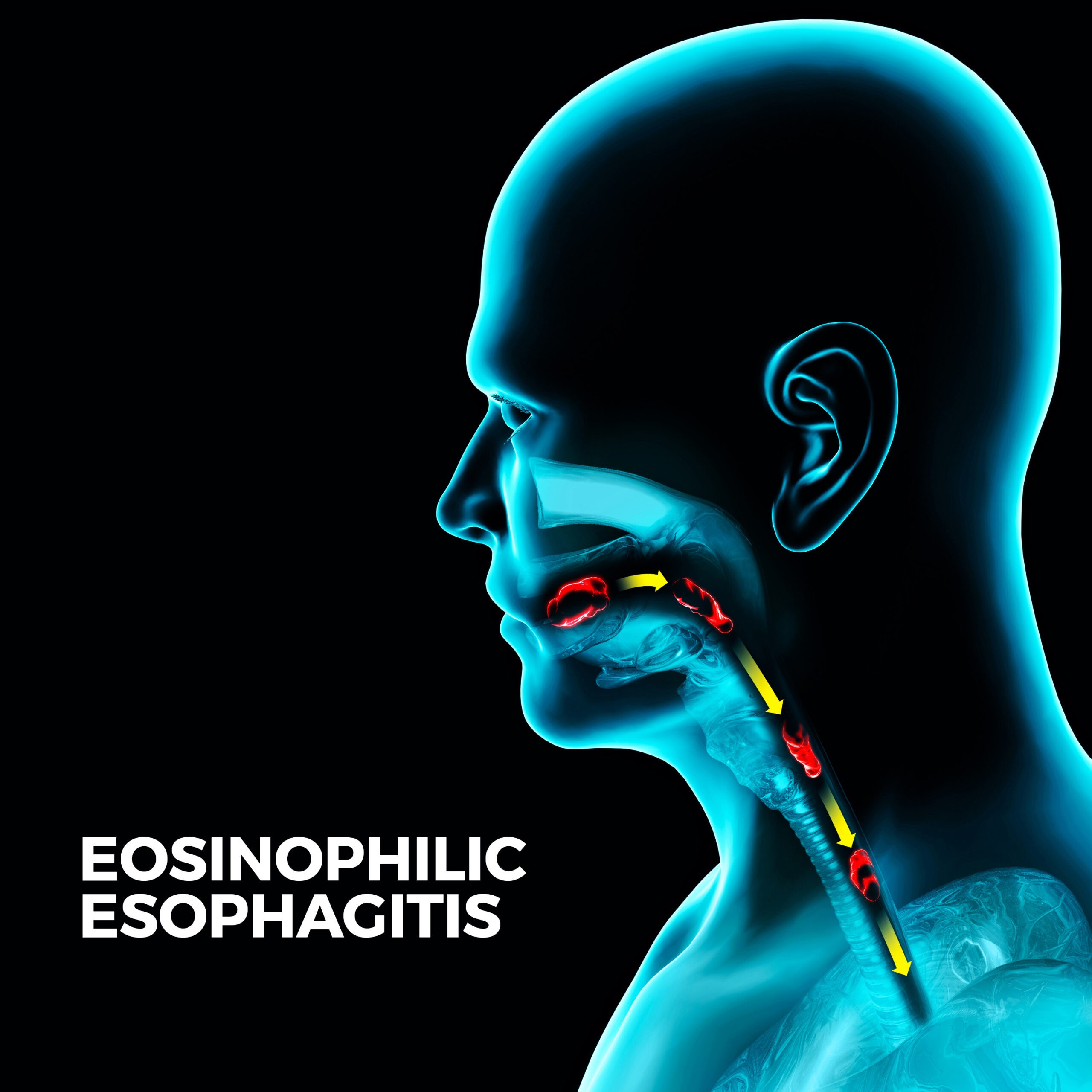 Eosinophilic esophagitis, or EoE, is a chronic immune disease of the esophagus (food pipe). When you have this condition, extra white blood cells called eosinophils (allergy cells) accumulate in your throat and cause inflammation. This damage can produce pain, heartburn, and the development of fibrous tissue and scars that can make swallowing difficult or even cause food to get stuck in your throat.

EoE has no cure, but it is manageable.

Although the specific cause of EoE is unknown, it is believed to have one or several triggers:

What Are the Symptoms of Eosinophilic Esophagitis?

EoE can cause a range of symptoms, including: 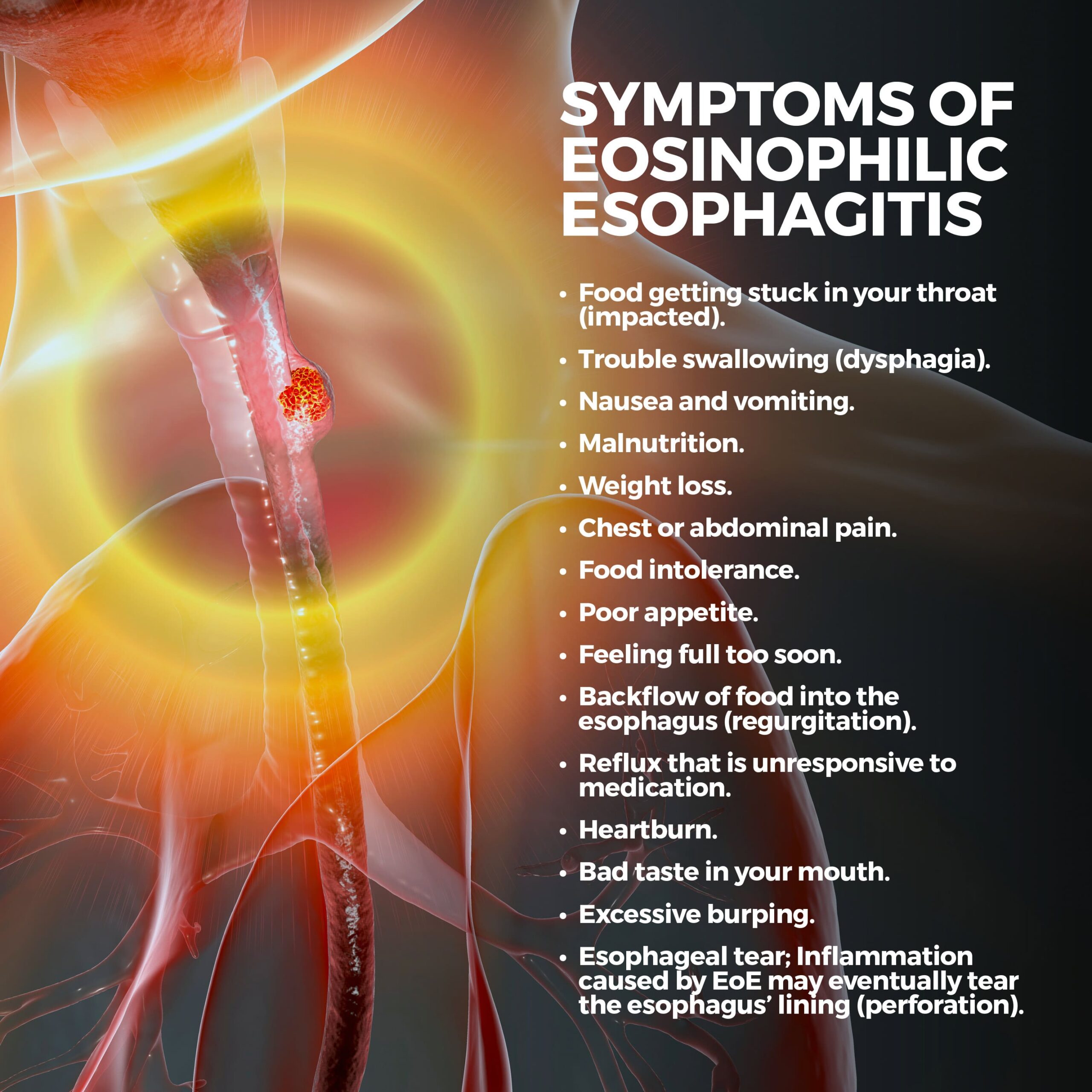 Children and babies are also susceptible to eosinophilic esophagitis. Symptoms for infants and toddlers include:

Symptoms for older children include:

How is Eosinophilic Esophagitis Diagnosed?

EoE’s high levels of eosinophils in the esophagus can also mimic conditions such as:

If you have EoE symptoms, it’s important to see a doctor to assess your condition and rule out other conditions accurately.

The following tests are used to diagnose eosinophilic esophagitis.

How is Eosinophilic Esophagitis Treated?

Although there is no cure for EoE, its symptoms can be managed to minimize the damage to your esophagus. This is done with medication or dietary modifications, including: 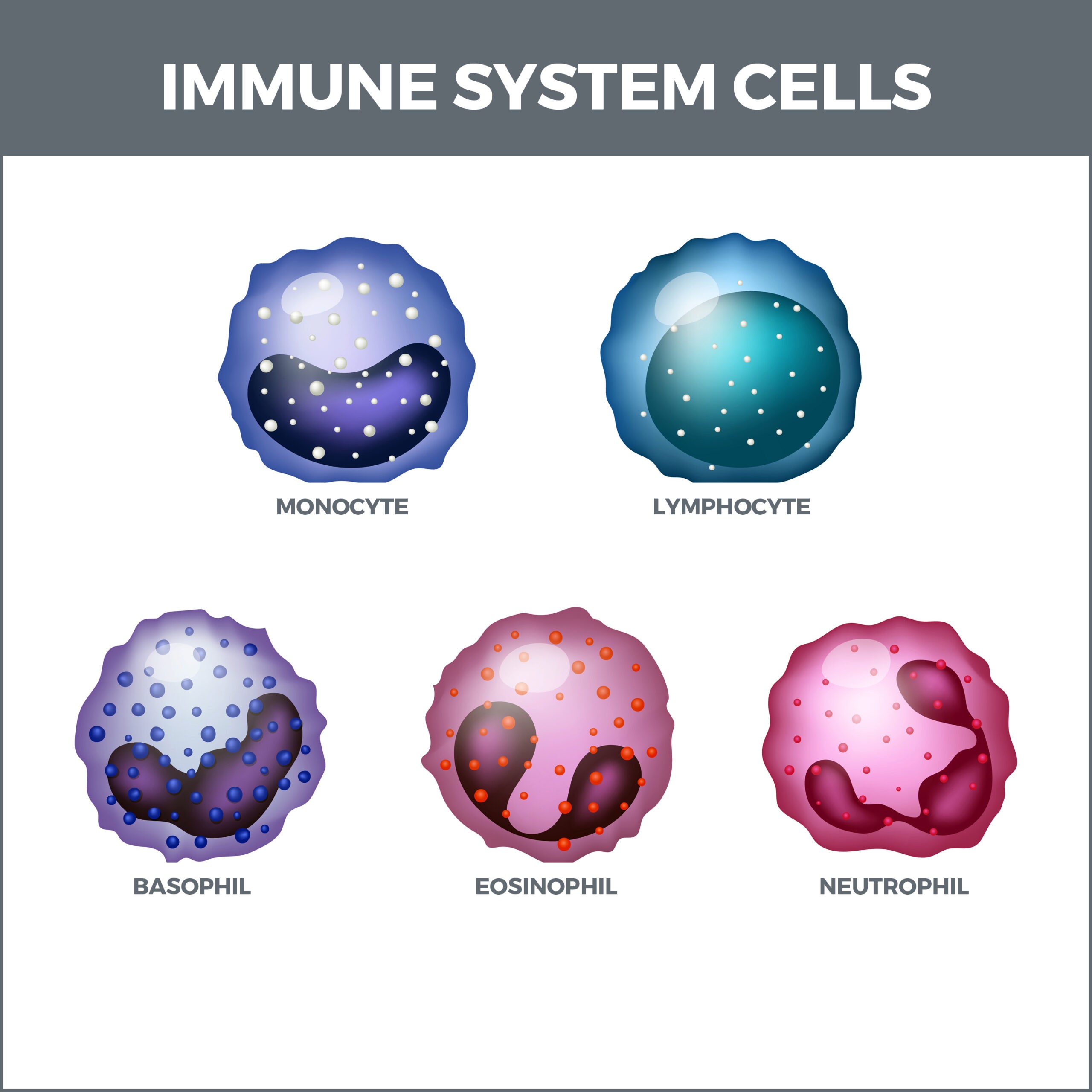 Should Other Foods be Avoided?

If you have EoE, it’s also good to avoid foods and drinks that provoke heartburn, including:

When Should I Call My Gastroenterologist?

Call your doctor if you think you might have EoE and experience:

It may also be helpful to join an EoE support group that you can find via your doctor’s recommendation or an internet search.

Eosinophilic esophagitis used to be rare. But cases have been rising since the 1990s, with one out of 2,000 people in the United States now affected. This rise in patients may be happening because increased awareness of the condition has produced more diagnoses.

According to Harvard Health, this could also be happening because:

Although there isn’t a cure for eosinophilic esophagitis, an accurate diagnosis is crucial for treating and managing your condition. GastroMD is one of the leading gastroenterology practices in the Tampa Bay area. We perform several diagnostic procedures using state-of-the-art equipment in a friendly, comfortable, and inviting atmosphere. Patient care is always our top priority!