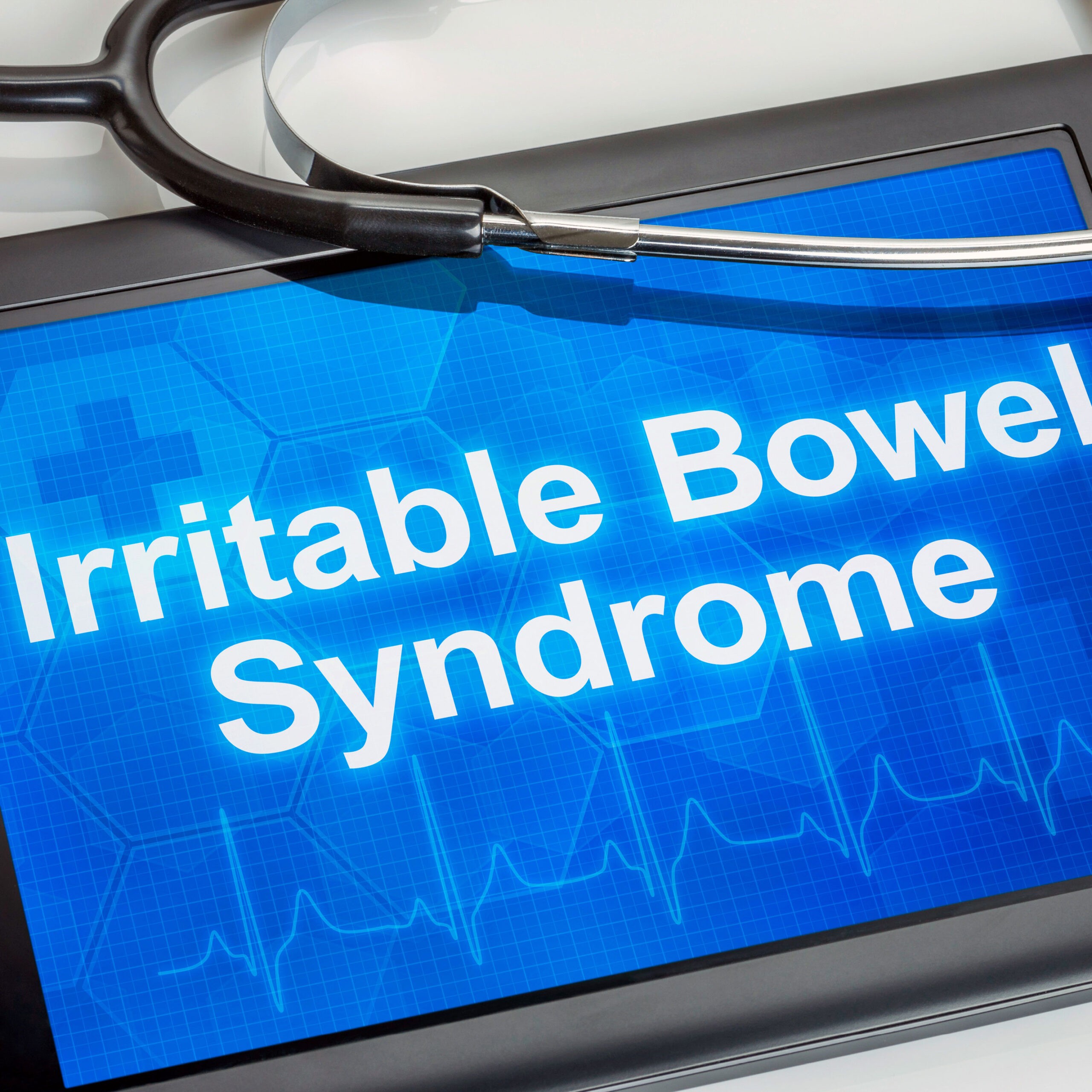 Irritable bowel syndrome, or IBS, is a gastrointestinal disorder that affects the large intestine. It is a group of intestinal symptoms that occur together and last approximately three days a month for three months, although this can vary from person to person. 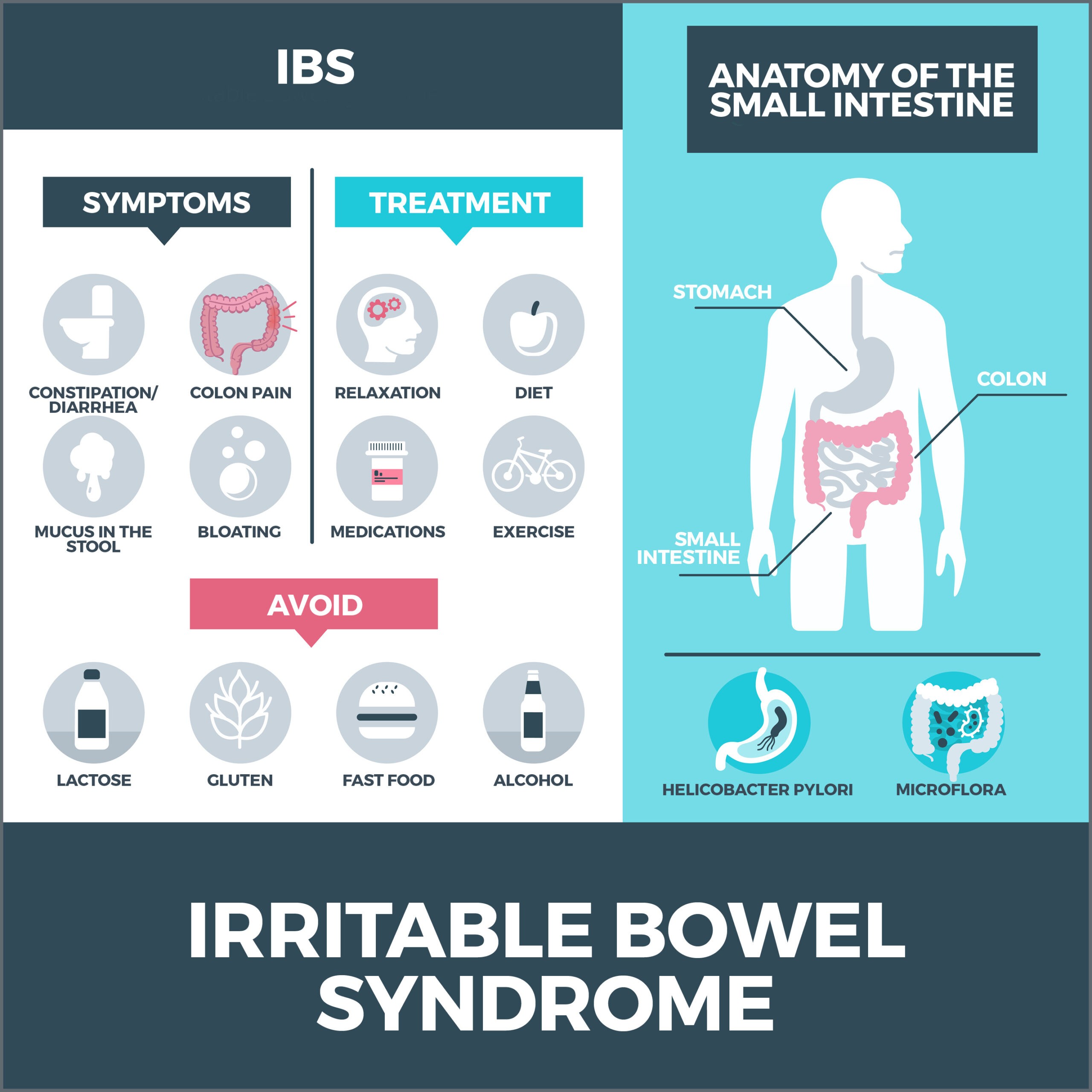 There are a wide variety of things that can cause irritable bowel syndrome. These include:
Disrupted Brain-Gut Communication – A nerve center in the gut interacts with the brain and vice versa. When this communication is disrupted, it can make your gut sensitive when filled with gas or a bowel movement. Your body overreacts to normal digestion, triggering constipation, diarrhea, or pain.
Abnormal Intestinal Contractions – Intestinal muscles rhythmically contract as they transport food. Weak contractions delay food passage – producing dry, hard bowel movements. Contractions that are longer and stronger than usual can create bloating, gas, and diarrhea.
Infection – Intestinal infection, also called gastroenteritis, is caused by a virus or bacterial overgrowth and can lead to irritable bowel syndrome.
Gut Microbe Changes – Our intestines are home to beneficial fungi and bacteria crucial to good health. People with irritable bowel syndrome may have microbes that are different from healthy ones.

Who is at higher risk? 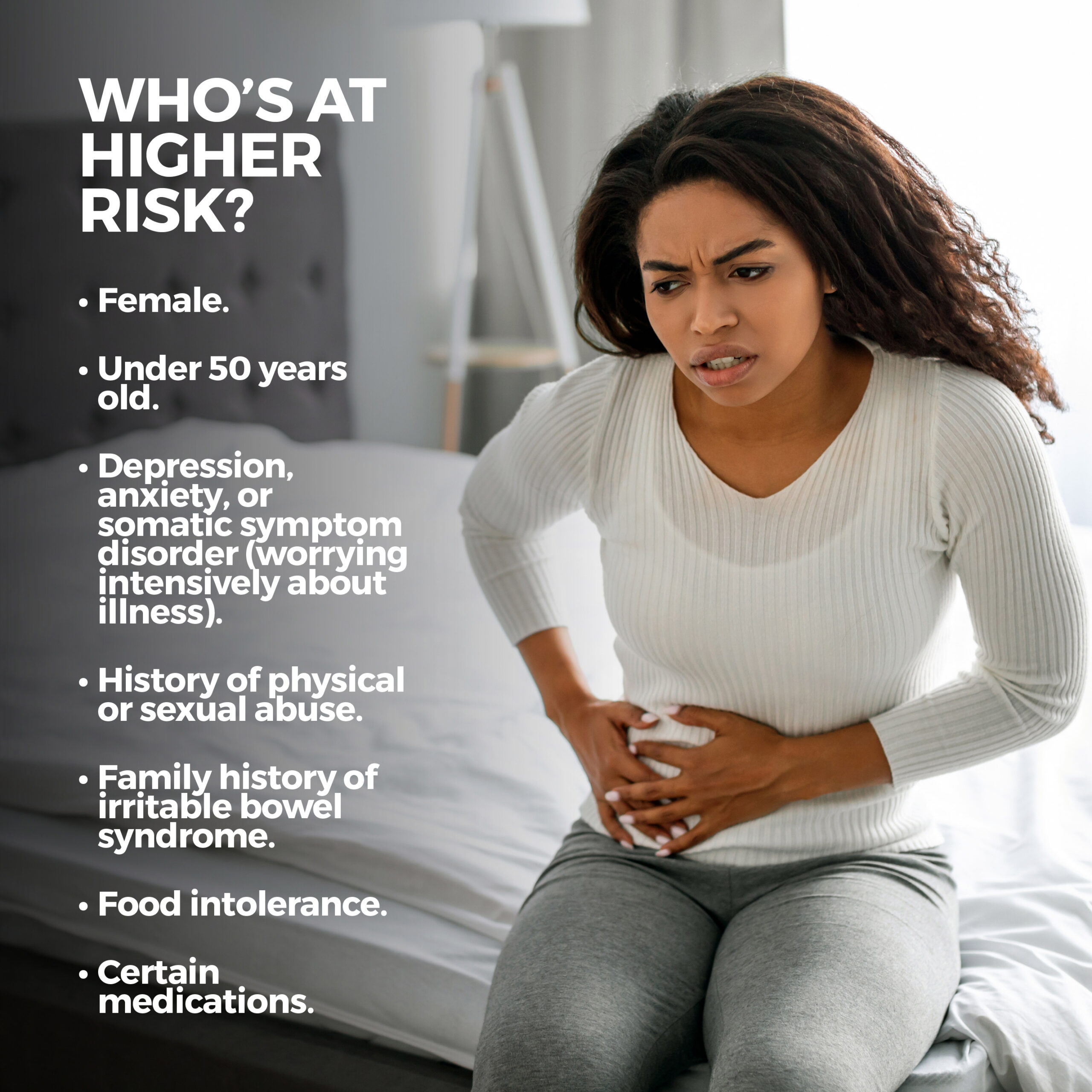 What Are the Symptoms of Irritable Bowel Syndrome?

People who have irritable bowel syndrome experience symptoms that may include:

How Is Irritable Bowel Syndrome Diagnosed?

Doctors diagnose IBS by analyzing your symptoms and determining whether they follow certain patterns. These include pain in your belly and two more of these symptoms:

Your doctor may also conduct tests for health problems that mimic irritable bowel syndrome, including:

Are There More Than One Type of Irritable Bowel Syndrome?

Yes, there are four types of IBS:

There are several lifestyle and dietary changes that can reduce IBS symptoms. These include:

FODMAP is an acronym for certain IBS-triggering carbohydrates that are indigestible or inadequately absorbed. Working with a doctor or dietician, you stop eating specific foods and then reintroduce them to determine which ones provoke your IBS. This way, you know exactly what you can and can’t eat.

Various things can also be used to combat IBS:

When Should You Call Your Gastroenterologist?

If you have any of these symptoms, it can indicate a serious problem. Call your doctor if you have:

Does IBS Have Complications?

Although irritable bowel syndrome can have complications, none are life-threatening. IBS can cause malnourishment and hemorrhoids.

When you cut out certain foods to manage your irritable bowel syndrome, you may experience nutrient deficiency. Hemorrhoids are swollen blood vessels around your anus that can be painful and bleed. Over-the-counter treatments such as Preparation H, petroleum jelly, and aloe vera can soothe the area.

Living with irritable bowel syndrome can be frustrating and challenging. Bloating, gas, diarrhea, constipation, and pain can prevent you from living life to the fullest. If your symptoms aren’t going away or diminishing, please give us a call today.

The team of professionals at GastroMD looks forward to working with you. We are one of the leading gastroenterology practices in the Tampa Bay area. We perform a host of diagnostic procedures using state-of-the-art equipment in a friendly, comfortable, and inviting atmosphere where patient care is always a top priority.